Phakaaath looks at who Mamelodi Sundowns could sign ahead of next season. 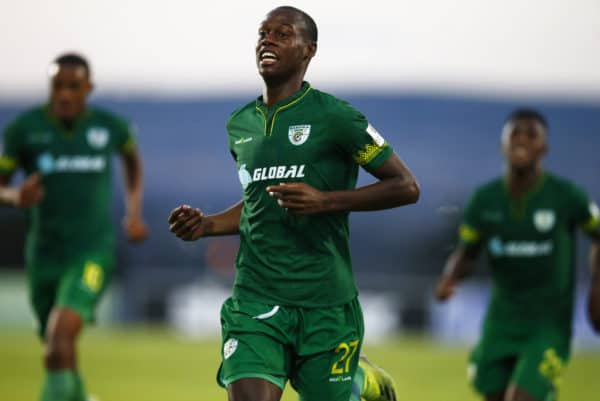 Evidence Makgopa is one of the players Mamelodi Sundowns may well want to bring in ahead of next season. Picture: Steve Haag/BackpagePix

Mamelodi Sundowns co-head coach Manqoba Mngqithi has admitted it is tricky to find the right players to strengthen a Sundowns side already so dominant on the domestic front.

Sundowns have no problems winning the league as they have dominated the championship for the past four seasons, to stretch their record to 11 crowns in the Premier Soccer League era. Their biggest challenge is the Caf Champions League and when they lure players to Chloorkop, they are essentially bringing in quality they think can help them improve their campaign on the continental front.

Since winning the ‘holy grail’ of the Champions League in 2016, Masandawana have only advanced to the semifinals once in 2018/19. In the previous campaign and this one, Sundowns succumbed to defending champions Al-Ahly in the quarterfinals.

Down’s search overseas for top names does not mean they are ignoring the local scene, however.

“At this stage we have not finalised who we are releasing and in the transfer market we are not looking for too many,  especially in the PSL, maybe two or three. We want to try and get the team stronger. It is never easy. At this stage it is not proper to disclose who we are targeting,” said Mngqithi.

Below are four players who could don the colours of Mamelodi Sundowns.

Kutumela has been a livewire for Maritzburg United, carrying the team on his shoulders, keeping the Team of Choice away from the relegation quagmire with his 12 goals in the DStv Premiership. Sundowns are always quick to pounce on players who are doing well in the league and with Maritzburg owner, Farouk Kadodia, running his team like a spaza shop more than anything, he is always willing to sell his best players to the highest bidder.

After that stellar performance in his Bafana Bafana debut, Sundowns now have more reason to intensify their pursuit of the 21-year-old Baroka striker. Makgopa netted a brace on his senior national team debut, helping a young Bafana side stage a comeback to beat Uganda 3-2 in a friendly on Thursday night. Makgopa has been on the radar of Downs for a while, and given his tender age of 21 and having played an instrumental role in Baroka’s season the chances are that Sundowns will come knocking.

According to the Al-Ahly striker, Sundowns tabled an offer for him not so long ago and he decided to shun that offer in favour of staying with the defending Caf Champions League, but, he has did not dismiss the possibility of leaving Pitso Mosimane’s side. Masandawana have previously suggested they would like to sign players from top clubs in the continent, though El Shahat, who is held in high regard in Egypt, could need a bit of persuading. His deal could be sweetened by Gaston Sirino possibly going in the opposite direction.

The situation of Thembinkosi Lorch at Orlando Pirates is quite a complex one – one that looks to be panning out similarly to that of Teko Modise. “The General” wanted to move to Europe at some point and the Buccaneers’ role in blocking that move is well documented. He played 18 games this season, and Phakaaathi has it on good authority that 27-year-old is no longer happy at the club and Sundowns could come to the rescue.

Reasons behind ex-Sundowns midfielder’s early retirement from football?
3 days ago
3 days ago

Reasons behind ex-Sundowns midfielder’s early retirement from football?
3 days ago
3 days ago