Zeca’s heart goes out to Swallows

Zeca Marques' voice changes tone and becomes soft when talking about the unpleasant end that might befall one of the country's most famous teams, Moroka Swallows. 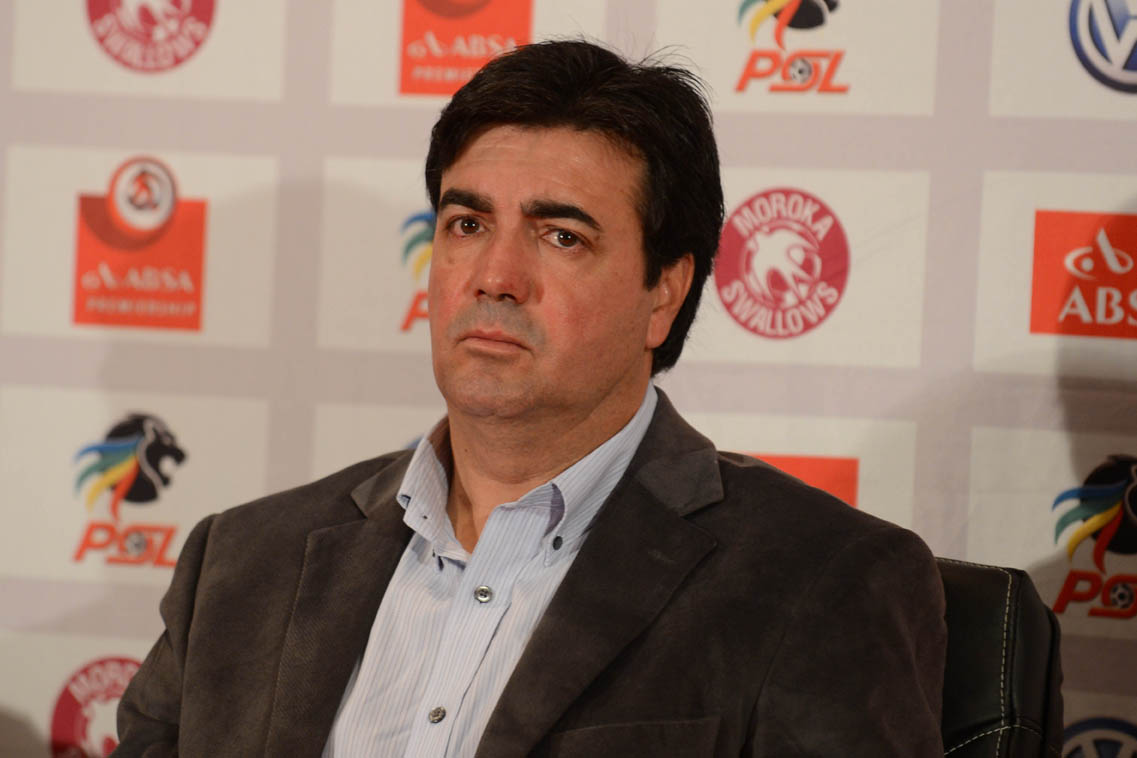 The Dube Birds were relegated from the Absa Premiership to the National First Division at the end of last season. And as if that was not enough, the Soweto team now face relegation again.

Swallows are currently two places above the relegation positions after collecting a mere 11 points in 14 games.

The 54-year-old Marques worked at Swallows for almost half his coaching career, and has a soft spot for the once mighty Dube Birds.

“It is a sad story,” said Marques. “It is very disappointing to see the team where it is today. This surely can’t be the end for a club with such a rich history. It can’t end like this,” said Marques.

Marques was fired at Swallows midway through last season, and believes relegation could have been averted if the management had not been “arrogant and self-centred”.

“The most painful part is that all this mess could have been avoided had they listened and not became arrogant. They are paying the price for being ignorant. There was so much that club could have achieved.

“I cannot go into details right now about what happened. I have spoken about it before and it is a chapter I would rather close now,” he said.

“Now I only hope the team will not perish … it has too much history to just go into oblivion just like that. I hope the team survives and fights for promotion again next season,” said the former Bidvest Wits coach.

Marques has now been tasked with saving yet another of South Africa’s historic teams, Santos, from oblivion. He described the task as being arduous, but enjoyable. And by the look of things, he is not doing too badly.

“When I came here the team was down and almost out. The situation is better now and I think we can challenge for a promotion play-off position,” said Marques.

“I have managed to bring back the belief it can be done, the team can still try for promotion this season. In this game you have to create ambition and fight to achieve it. That is what we are doing now at Santos. We have the ambition,” said Marques.

When Marques took over at Santos, they were second from bottom and have now moved them up to 11th. He is optimistic that with a few additions to his team during this window period, he can be able to challenge for a promotion play-offs position.

But Santos suffered an embarrassing defeat in their last game before the Christmas and New Year break, losing 3-1 to Highlands Park.

“It was a disaster. We didn’t play well at all in that game. We made too many careless mistakes. They scored two of the three goals through our mistakes. But now we need to move on from that and look into a bright start in the New Year,” he said.

Santos will today come up against bottom-placed Mthatha Bucks in their first game of the new year, and Marques is under no illusions about the danger posed by the Eastern Cape side.

“They have nothing to lose. Every game is important to them, and they need the points more maybe any other team in this division and that makes them dangerous,” said Marques.