Unforgettable victory against Bucs for Naicker 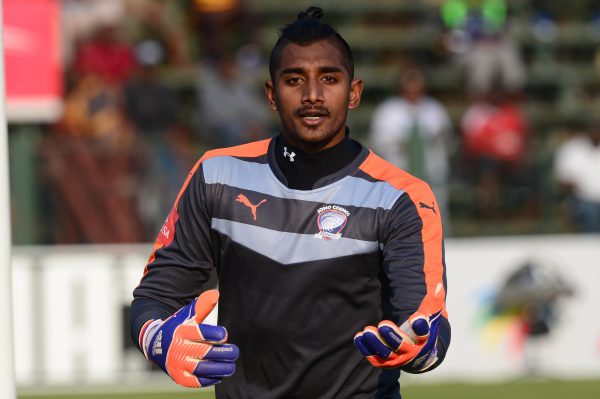 Naicker was on exceptional form during the game, pulling out incredible saves as well as denying Pirates striker Lehlohonolo Majoro a goal, with the young keeper saving his penalty.

“It is an amazing feeling, I don’t think you can forget this moment. Getting it wrong at (Kaizer) Chiefs and winning against Pirates. Something you definitely won’t forget, especially since it is my first season in the PSL,” he said.

The Cosmos shot-stopper added that the past few games have not been going well for him, but the win has now changed the mood.

“I didn’t have to many good games this season, the last two to three games have affected me, but winning here has brought a lot of confidence in me.”

To be fair though, his counterpart on the other side Brighton Mhlongo also had a good game, denying Ezenkosi to get a goal for the most part of the match.

But it was in 75th minute, when Cosmos striker Charlton Mashumba managed to break the deadlock, after pulling away from Issa Sarr, before beating Mhlongo to score the only goal of the match and hand the host an important victory as they look get out of the relegation zone.

They are now on 13 points in the league table, after 15 games, while the Buccaneers continue to their stay at the bottom half of the league table at 11th place with 16 points.

It was Ezenkosi’s first victory in 2016, after losing 1-0 to University of Pretoria in the first game of the year, before a 2-1 loss to Ajax Cape Town.