If every title race has a dark horse, Mpumalanga Black Aces are just that in the Absa Premiership going into the second round next year. 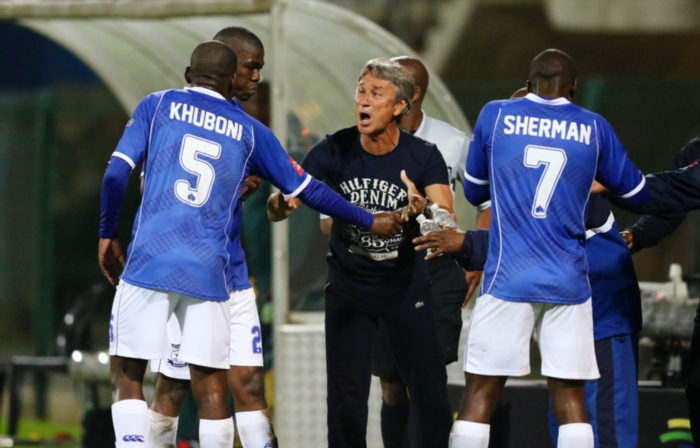 The competition is expected to heat up a notch in 2016, and currently four teams have become early favourites for the league championship – Mamelodi Sundowns, Bidvest Wits and Kaizer Chiefs are expected challengers, but Aces, currently sitting in third, are not.

Not much is known about Muhsin Ertugral’s team, except maybe that their attack is led by a rejuvenated Collins Mbesuma.

Coach Muhsin Ertugral has managed to keep his cards close to his chest, and that could be his advantage in the second round as he pushes become the first coach to win the league title with AmaZayoni.

“The win is means a lot to us. We started the game well and could have scored in the first ten minutes,” said Ertugral after the game.

“I did mention at the beginning of the season that I want the team to play good football and win all our home games. We have drawn twice at home, which is four points we should not have lost.”.

Aces’ next game is in three weeks, as they take on struggling Polokwane City at Mbombela Stadium on January 9. If Aces win that game, they could find themselves atop the log as both Sundowns and Wits have tricky encounters that same weekend against Kaizer Chiefs and Chippa United respectively.

While Ertugral will enjoy his Christmas break satisfied with his team’s progress, his counterpart at Ajax, Roger De Sa will likely be worried as his team finds itself in the relegation quagmire.

Saturday’s loss saw the Urban Warriors go down to 12th on the log, five points above bottom placed Maritzburg United.

De Sa said his team have had a great year where they competed in two cup finals winning one, although the year has not ended well.

Ajax lost influential defender, Cecil Lolo in car accident in October, and the team have struggled since. De Sa will hope the New Year brings a fresh start when they host Bloemfontein Celtic on January 8.