While all eyes will probably be at FNB Stadium where the other Soweto giants, Kaizer Chiefs and Orlando Pirates do battle in an Absa Premiership match, Swallows will also be hoping for a decent crowd at Dobsonville Stadium where they host JDR Stars who are this season’s surprise team in the GladAfrica Championship. 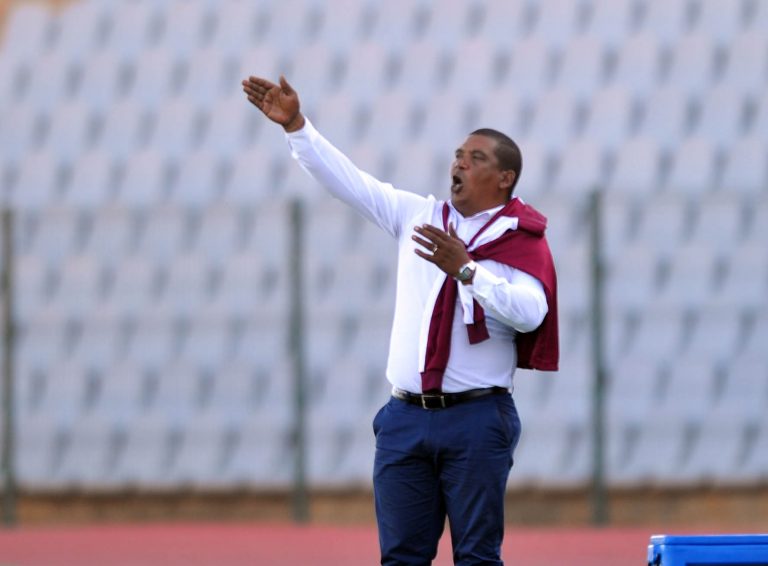 A win for Swallows could shoot them up to sixth position on the standings, depending on other results. But while that would take the team closer to the promotion chasing pack, the Dube Birds coach Brandon Truter says he is four players short of having a team he can be confident of entering in the race for promotion. Since taking over, Truter has changed the team and they are starting to grind out results but he is far from being convinced yet.

“I am not going to jump the gun at this moment,” Truter told Phakaaathi after last weekend’s 1-0 win over Richards Bay. “No disrespect to the players, but there is still some who are struggling with adaptation especially to the formation and the intensity. So for now we have the 11 you see on the field and three or four (on the bench) who are alright, I believe we are still four players short of players to make us a championship chasing team,” he explained.

Truter worries about a lack of a lethal finisher up front could be solved with new signing Joshua Sauls who can be lethal in front of goal when fully fit. The former Witbank Spurs man joined the Dube Birds recently.

“He brings a different dimension. His movement off the ball is critical. He is very clever and quick. But he is rusty. He hasn’t played in a while. Match fitness is his challenge. But he will get better,” said Truter of his new attacker.

Ea Lla Koto go into the match looking to start winning their home games which their coach, Vladislav Heric says is the only way they can start climbing up the table. The former Premiership side are currently 12th with just two wins after 10 games. Their visitors will however be plucky having made some headway in their first season in the Championship.

Abantu Bemthetho have not had a great start and host Tshakhuma who are just starting to find their rhythm again under new coach, Erol Akbay. Trailing current leaders Uthongathi by an incredible 10 points, Tshakhuma will be looking to take advantage of Sporting’s vulnerability.

With relegation now a possibility after a fallible start, Ezenkosi will hope that playing their return to Potchefstroom will bring them the same luck that saw them get promoted three seasons ago. One point separates the two teams on the relegation side of the standings.

The Rockets can now knuckle down and focus fully on their Championship campaign after their whirlwind romance with the Caf Confederations Cup came to an abrupt end last weekend. Galaxy are now three games behind other teams and could start climbing up the standings and launch a challenge to runaway leaders, Uthongathi.