Consistency is a word that has been bandied about a lot at Kaizer Chiefs as the team looks to keep their good run going in a bid to return to their former glory days. 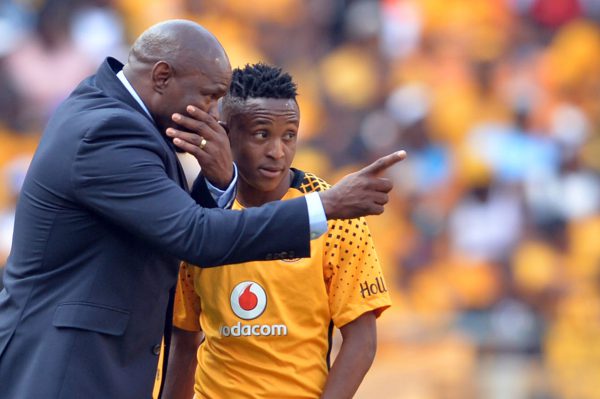 Things have been a little more smooth sailing in the past three matches with two wins and a draw but all that will count for nothing at Peter Mokaba Stadium tonight where they come up against an unpredictable Polokwane City.

Steve Komphela has bought himself some breathing space with a massive win over Mamelodi Sundowns and a draw against Orlando Pirates in the Absa Premiership which he followed up with a 3-0 beating of AmaZulu in the Telkom Knockout last weekend.

One of the players who has been influential in the side’s turnaround is Hendrick Ekstein whom Komphela praised after putting in another impressive shift against Usuthu. Komphela said he now needs to be more consistent.

“The players are always on his case, there are a few things he needs to complete in his game to be a threatening player. Confidence-wise, he has grown, one thing I can disclose which he has got right is that upon receiving the ball he turns and goes forward, and so effecting the game,” said Komphela.

“Previously, he used to play it square or back and now he is taking more risks and using his skills the right way. They are pushing him to use his technical ability to eliminate opponents. He is very quick with his calculations and gets the ball in the right places and can change the game with one quick move,” added the 50-year-old mentor.

Komphela will hope Ektsein and the likes of Siphiwe Tshabalala and George Maluleka will have their scoring boots on again in Polokwane this evening.

In City, Chiefs face a side who have been blowing hot and cold but seem to have finally found some rhythm with a hard-fought draw against Golden Arrows and a win against Ajax Cape Town in the Telkom Knockout.

Rise and Shine coach Bernard Molekwa said playing 120 minutes in the TKO may leave his players a little tired going into tonight’s match but said the motivation of playing against a big club may just be their secret weapon.