As reported by Phakaaathi earlier, Alexander is set to reunite with his former coach Stuart Baxter at Kaizer Chiefs. 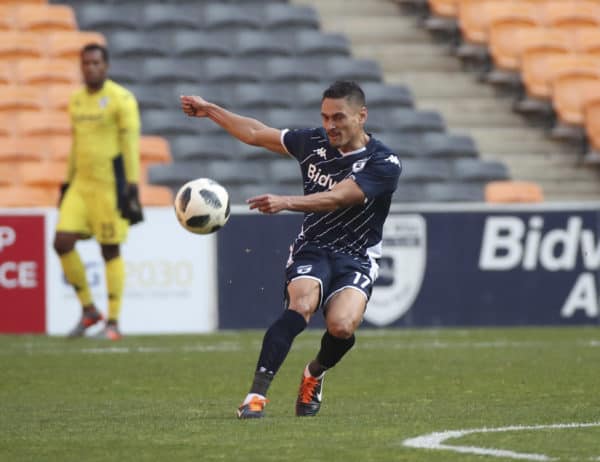 Indian Super League side Odisha FC have announced that they have parted ways with Bafana Bafana midfielder Cole Alexander.

As reported by Phakaaathi earlier, Alexander, who joined Odisha in October last year, found himself in the wilderness after coach Stuart Baxter was fired by the club.

The two worked together at the Indian outfit before Baxter was unceremoniously dismissed after  making a careless analogy about rape. He said in a post-match TV interview that maybe his players needed to be raped in front of the referees for them to get awarded penalties.

“You need decisions to go your way and we needed a penalty. I think one of my players would have to rape someone or get raped himself if he was going to get a penalty,” said Baxter.

Baxter has since joined Kaizer Chiefs and word is that Alexander is set to join him at the Naturena-based club.

“Odisha FC and Cole Alexander have decided to mutually part ways. Both parties reached an agreement over an undisclosed release fee, enabling Cole and the club to trigger a mutual termination of the contract,” read a statement from Odisha.

In his goodbye message, Alexander promised the club fans that he will continue to support the club even when he is South Africa.

“I want to thank everyone at Odisha FC for the opportunity. Thanks to all my teammates, it was a privilege to be with the side and play with you guys. It was a joy being in India experiencing different cultures. This was a difficult decision to make but this is for my family so that I can be with them,” said Alexander.

“But, I will continue supporting Odisha FC from where I am in South Africa. I will always have a special place in my heart for the Club and all the fans of Odisha FC. I hope one day we can get to work together again. It was such a pleasure to be at Odisha FC. Thank you for everything,” he added.