Three ways Broos has brought some buzz back to Bafana

Bafana Bafana have had a great start to Fifa World Cup qualifying. 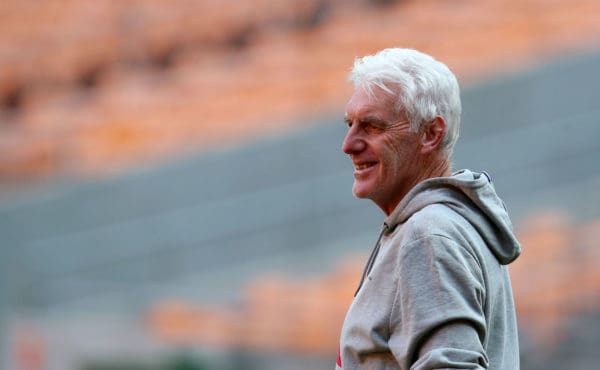 It seemed a little improbable that anyone could turn the fortunes of Bafana Bafana around, heading into 2022 Fifa World Cup qualifying.

After all, South Africa had failed to qualify for a 24-team Africa Cup of Nations next year, so what possible hope could they have of making it to Qatar?

Hugo Broos, however, has made an impressive start to his reign as Bafana head coach with four points from two Group G qualifiers, including a first competitive win over Ghana in over 20 years.

Phakaaathi editor Jonty Mark takes a look a three ways Broos has restored at least some belief in Bafana, though the plane to Qatar, of course, is still quite some distance away from boarding.

A case for the defence

On arrival as Bafana coach, Broos said he had seen in Afcon qualifying a tendency to concede early goals, that put Bafana on the back foot. Even with a relatively new back four, including Nyiko Mobbie as an improvised left back, South Africa didn’t concede a single goal against Zimbabwe or Ghana. This speaks not just of the defence, but of a well-organised team, notable also in the few serious chances that either the Warriors or Black Stars had.

It is easy to talk a good game about giving youngsters a chance, it as another thing altogether to walk that talk. It was the 21 year-old Bongokuhle Hlongwane who bagged the winning goal against Ghana and the 20 year-old Ethan Brooks who gave a stellar performance in the centre of midfield. It is quite possible that another coach would have gone for experience and walked away disappointed. So Broos deserves plenty of credit for what was a brave move.

A basis in realism

Another factor that has impressed about Broos is that from the start he has played down the chances of Bafana qualifying for Qatar. This might not seem like a plus, but coaches before have made bold claims that have seen them fall flat on their faces. Ted Dumitru sent a verbal warning to the continent after Bafana beat Egypt in a friendly ahead of the 2006 Africa Cup of Nations. But Dumitru’s team ended up without a single point or goal at the tournament. Shakes Mashaba said he had packed his bags for the final before the 20015 Africa Cup of Nations finals, but didn’t win a match in Equatorial Guinea. Broos’ words took some of the pressure off his squad, it is fair to say, and thus far, the results have showed a cautious realism might just be the right way forward. The simple fact is that Bafana are nowhere on the continental stage in international football, let alone the world stage, and any World Cup qualification has to be seen as a pleasant surprise, rather than an expectation.