“Nathi Mthethwa, so disheartening that you have made no contact with Anele Ngcongca family, while he is celebrated overseas and other European countries. He was a sport giant. He played for the World Cup! The entire South Africa is mourning Anele,” read a tweet from Anele’s sister Siyasanga Ngcongca. 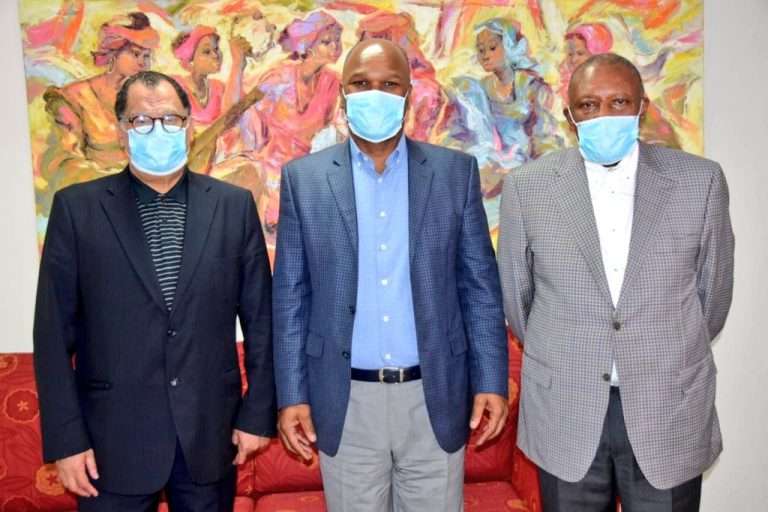 Siyasanga Ngcongca has lamented the lack of support offered to her family by the department of sports, arts and culture questioning minister Nathi Mthethwa for not visiting the family to pay his condolences. She revealed Fikile Mbalula was the only minister to visit the family.

Sport anchor Robert Marawa demanded answers from the ministry of sports but spokesperson Masechaba Ndlovu hit back at the anchor claiming they couldn’t go because the funeral was postponed.

The Ngcongca family announced they would be postponing the funeral after the late defender’s mother asked the service to be moved to different date as she is not well due to unnamed illness.

But Ndlovu let the cat out of the bag, indicating Anele’s mother had tested positive for Covid-19 and couldn’t attended the funeral which will be held at the Gugulethu Stadium.

“Hi Masechaba Ndlovu. The family has NOT released a statement on the nature of illness of uMama and I’m not sure if u’ve been granted permission to publicly disclose such. A diagnosis was ONLY received on Monday 30th November. Anele passed away on 23 November…no statement,” read a tweet from Marawa.

Ndlovu addressed Marawa in her responds to why the sports ministry hasn’t contacted the family after the defender’s passing.

“Dear Robert Marawa, neither the MEC nor Minister Nathi Mthethwa can visit the family at this time as Anele’s mother has tested positive for COVID-19. For this reason, the funeral has been moved to next week.” Ndlovu continued.

“Furthermore, he advises that the above funds will be sufficient to cover costs of the funeral. The family is of the view that there must be 20, 000 people at the event. They were told that it must be confined to 100 people as per the COVID-19 health protocol,” concluded Ndlovu.