Christodolou is on a two-week trial at Premier League champions Manchester City. 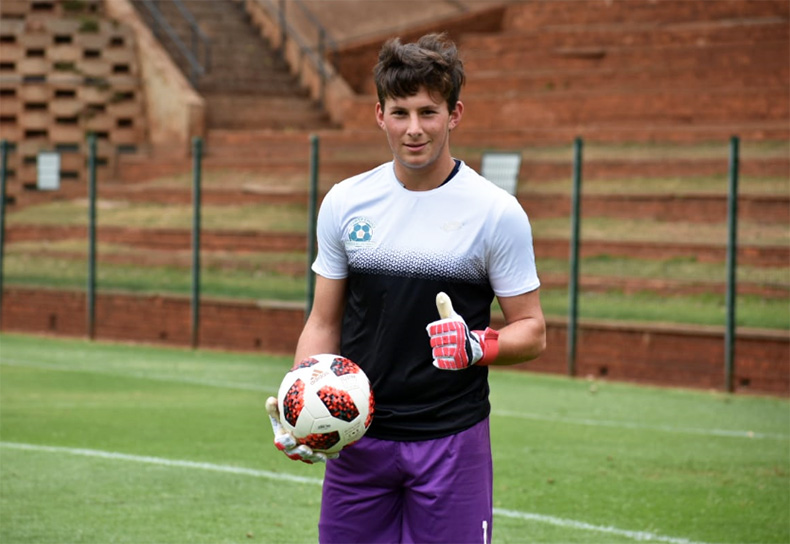 Sixteen-year-old Maritzburg United goalkeeper Constandino “Costi” Christodoulou could be the youngest player from the country to join a top English club as he is on a two-week trial at Premier League champions Manchester City.

The trial started this week and if successful Christodoulou will join City’s Under-18 team in January.

Safa juniors coach Helman Mkhalele said he had no doubt Christodoulou will make the cut because he is very teachable and always works hard.

Christodolou is the national Under-17 captain where he is mentored by Molefi Ntseki and Mkhalele.

“He is capable of making it. I don’t have any doubt in my mind that he will make it,” Mkhahlele stated boldly on Friday.

“He is still young and he will learn a lot and become an asset for us in future,” added the former Bafana Bafana midfielder.

If Christodoulou succeeds, he will join the likes of Lyle Foster and Tashreeq Mathews who have also joined European clubs Monaco and Borussia Dortmund.

Mkahlele said the increasing number of local youngsters who are being scouted by European clubs indicates a challenge for youth coaches in the country.

“It sends a message that once our players get quality coaching at a young age they are more likely to be attractive to overseas teams. Quality coaching adds to the personal talent and balances the equation,” he said.