Brooks formed a strong partnership in the South African midfield alongside Teboho Mokoena. 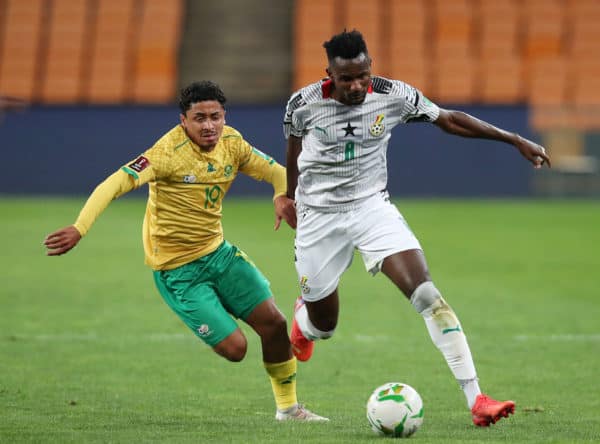 Emmanuel Lomotey of Ghana challenged by Ethan Brooks of South Africa during the 2022 World Cup Qualifier match at the FNB Stadium. (Muzi Ntombela/BackpagePix)

Ethan Brooks is slowly growing into becoming one of the best talents in the Bafana squad, especially after his remarkable display in the Fifa World Cup qualifiers against Zimbabwe and Ghana recently.

Brooks came on as a second half substitute in the game against Zimbabwe, which ended in a goalless draw.

The 20-year-old started the match against the Black Stars, a team he says he grew up watching. The TS Galaxy midfielder says it was a great feeling for him and coach Hugo Broos’ talk the day before the game helped him as his performance contributed to Bafana winning 1-0.

“He (Hugo Broos) made it very easy for me, the day before (the game) he told me I must just play like I always play at the club, play with confidence, don’t be to scared, do what I do and everything will be well.”

Brooks formed a strong partnership in the South African midfield alongside Teboho Mokoena of SuperSport United.

The pair battled it out with the experienced Mubarak Wakaso and company in midfield, but they remained solid throughout the match.

The 20-year-old Brooks explained that going into the Ghana match the Bafana coach made him believe in himself and what really helped the team get a victory was the unity within the squad.

“Like I said, the day before, the coach gave me that believe that I can go in that midfield and play against those big guys. I was confident thanks to the coach for believing in me,” Brooks continued.

“Everyone working together as a unit, putting in the hard work. And playing for each other and the country.”

Brooks and Bafana teammates will be back in action next month against Ethiopia, for now, the midfielder turns his focus to the Rockets. 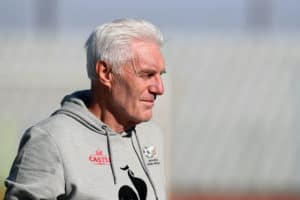 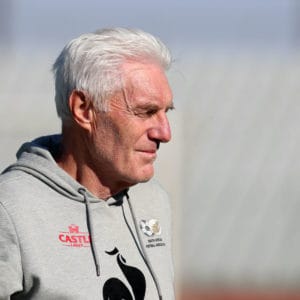