Nakhane Touré's fans are in for a treat this spring. 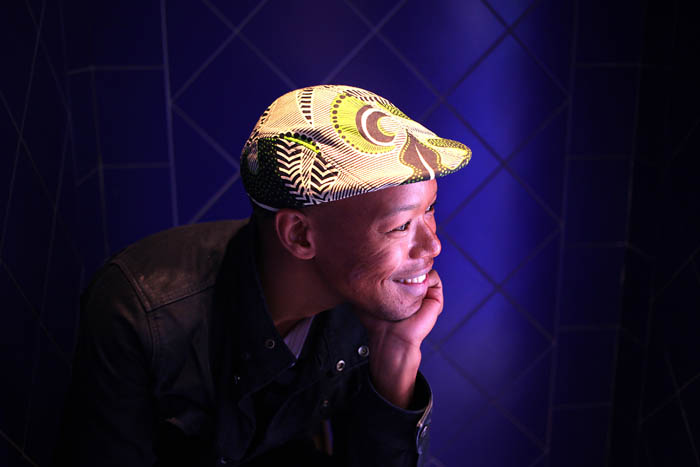 Just months after releasing his debut album, Brave Confusion, the indie rocker will be performing some of his new music at the Valley of Waves Spring Celebration in Sun City this weekend for the first time.

“It’s going to be a unique show because I’m going to be trying something new,” says Touré.

“My sound has always been very calm and acoustic. But recently I’ve felt the need to try a different approach when performing. I’ve upped the tempo on most of my songs to deliver a fun energy on stage. I just hope the audience feels the spirit and goes with it.”

Touré will also be performing two songs from his upcoming album, which he hopes to start recording early next year. “I think the second album is more challenging than the first. I wrote the songs on my debut album over a long period of time, so by the time we were putting the album together there was a lot of material to choose from. With the second album, I have less time and expectations are very high.

“Your second album is what really proves whether you’re as good as people think you are.”

On collaborations with other local artists, Touré says he isn’t ready to share the songwriting space with anyone else just yet.

“Songwriting is a very personal experience for me. It has always happened naturally in a private space. I’m not comfortable with letting someone into that sacred space yet, I’m scared it will make the process seem forced.” FROM THE HEART. Nakhane Touré prides himself on being able to be honest with his music. Picture: Gallo Images

From the minute he came on to the music scene, Touré became known as one of the few musicians who had the ability to be brutally honest through music.

Even though Touré is increasingly being recognised as one of the most talented artists to make a breakthrough in 2014, he is not too excited about being considered a celebrity.

“I try to avoid the ‘celebrity life’ as much as possible because I think it could confuse me if I get into it too much.

“Being a musician is more important than celebrity status. ”

> Nakhane Touré will perform at the Valley of Waves on September 27.

> Electro hop music duo Locnville will be performing at the Valley of Waves on October 25.

> Nakhane Touré will also be opening for Lira at the Old Mutual Music in the Gardens on September 28 at the Walter Sisulu National Botanical Gardens.

>  He learnt to play the acoustic guitar when he was 19 years old.

> The title of his debut album Brave Confusion comes from his favourite novel – James Baldwin’s Go Tell It On the Mountain.