While many believe Drake has a crush on Uncle Waffles, his interest in her talent and the genre of music she plays should not be discounted. 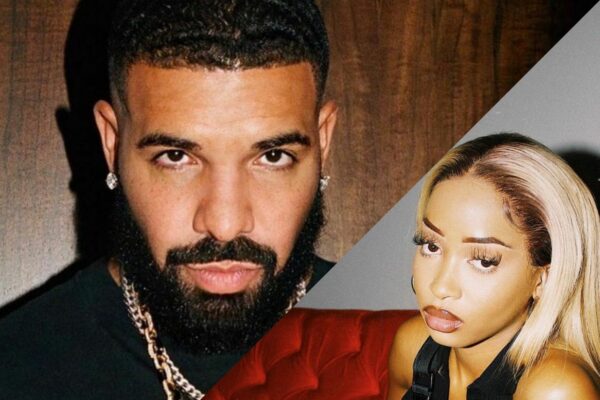 South Africans are convinced that US rapper Drake is “in love” with South African musician  Uncle Waffles after he shared a video of her playing a set on his Instagram stories.

Born Lungelihle Zwane, Uncle Waffles is considered the Princess of the now-global Amapiano music scene. She is currently on tour in Tanzania and is sharing pictures and videos from her trip with her 906,000 Instagram followers.

Among those followers is rapper Drake (Aubrey Graham) who reposted a clip from Uncle Waffles’ stories onto his own Instagram account.

It goes without saying that Drake is a big deal in the global music and pop culture scene so his reposting of Uncle Waffles is seen as a co-sign.

In their world, a co-sign (an official endorsement) means more than just visibility and may believe this could open even more doors for the young musician whose star is currently on a meteoric rise.

Also known for her bold and sexy fashion choices, Uncle Waffles set tongues wagging last October when she not only shot to fame but did so while wearing her unbuttoned trousers loosely around her hips with her thong peeping above them as she vibed to Young Stunna’s song of the 2021/22 summer, Adiwele.

While many believe Drake has a crush on her (I mean, who wouldn’t, she’s absolutely stunning), his interest in her talent and the genre of music she plays should not be discounted.

Drake has been known to change his sound throughout his career and dabble in new genres and this has led him to work with other local musicians, DJs Maphorisa and Black Coffee.

Considering the prominence that both Maphorisa and Black Coffee currently enjoy, it becomes easy to understand why fans of Uncle Waffles and Amapiano music are excited about what this Drake co-sign means.

In a weird turn of events, influencer Mihlali found herself trending alongside the two musicians as many took the opportunity to make fun of her.

Mihlali is a fan of Drake’s music and often exaggerates her love for his music by making jokes about being in love with the rapper.

There are some who have taken this schtick literally and have insinuated and speculated that she must be hurt that the object of her affection has noticed a South African woman who isn’t her.

READ NEXT: Hike up your thong like it’s the early 2000s