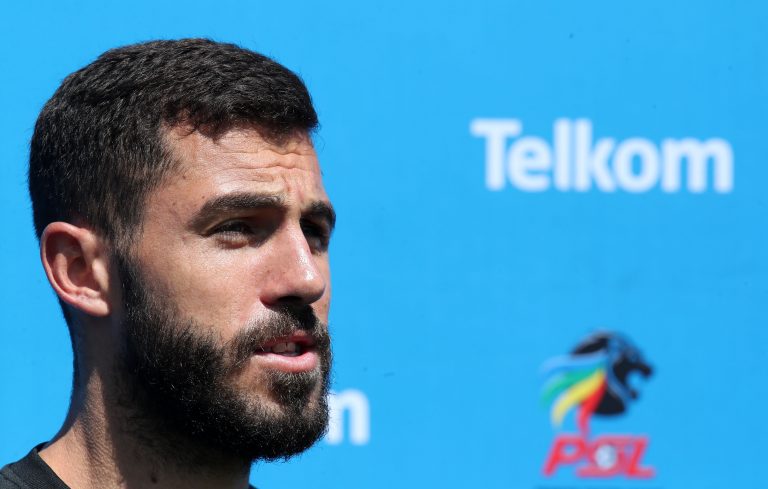 Kaizer Chiefs defender, Daniel Cardoso has defended Erick Mathoho who was accused by Orlando Pirates coach, Rulani Mokwena of being a thug as he accused the Amakhosi defender of punching Ntuthuko Mabaso on the nose.

Cardoso said Mathoho didn’t hit anyone. Mokwena also accused Chiefs players of diving in reference to Bernard Parker’s penalty winning fall in the Soweto derby on November 9. But Cardoso says it is Pirates players who are divers.

“On that point, if you look at the week before we played the derby and (Thembinkosi) Lorch stood on Khama (Billiat) and nothing was said. Rulani didn’t have anything to say – I am not bad mouthing him or anything – but it works both ways. I think he is an emotional coach and obviously it was a big derby. But it’s part of football. We didn’t go out to fight, I think it got blown out of proportion.

“Mathoho didn’t hit anybody, he pushed Mabaso but obviously they are gonna… they are the ones who might have been doing diving lessons the way they carried on like there was a pool on the ground,” he said.

Cardoso meanwhile also admitted that they have pressure to end the long running trophy drought at Naturena but said thinking about that too much ahead of their Telkom Knockout semifinals match against Maritzburg United on Sunday would bring unnecessary pressure.

“There is pressure is on us, the fans always want the trophy, but so do the players. But we can’t put ourselves under pressure. If we go into the game nervous we are not going to get through to the next round,” said Cardoso.

“Going to the point of not winning anything in the last four years, hopefully we can break that duck. Players know what’s at stake and management expects us to win something before the year ends.

“The mood is great. If you look at the past few games, even when we go 1-0 down, or 2-1 down or whatever, we fight back. That is the character we have this year that we didn’t have in the past few years. I think that’s a very big positive for us. We are sticking together, in the previous years I think there was a lot of individual performances instead of a team unit. The coach has raised that and has been working on it. Now we fight together till the last minute,” said Cardoso.