Maritzburg look to return to winning ways before final

Maritzburg last won a league game on October 25 when they beat Cape Town City 1-0 away. 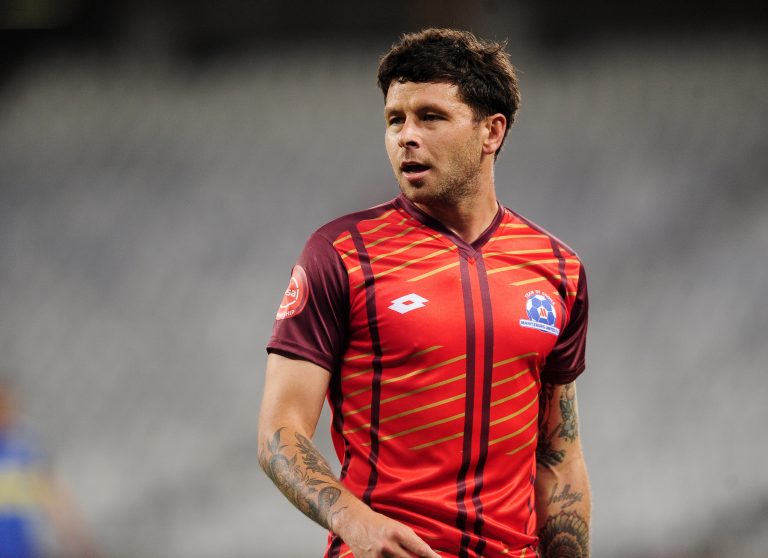 Maritzburg United defender, Dan Morgan has insisted that the team need to collect maximum points when they meet Polokwane City away on Sunday afternoon not only to strengthen their Absa Premiership position but also to get some momentum going to the Telkom Knockout final on December 14.

Maritzburg last won a league game on October 25 when they beat Cape Town City 1-0 away. They have since drawn four and lost one with the win over Kaizer Chiefs in the Telkom Knockout in between.

“Preparations have been good. We’ve had a busy schedule lately with a lot of games in a short space of time,” said the 28-year-old Kiwi. “It has been good to have those few extra days for the legs to recover. And get ready for another tough game against Polokwane.

“First and foremost the three points plus we need to get back to winning ways as soon as possible. Obviously we are not losing a lot of games but we would like to win a lot more. Then we also to play positive football and keep the team camaraderie going.

“It is always to get three points, whether you have been winning or not. Everyone wants to win all the time. It’s definitely important for us to pick up the three points especially ahead of the Telkom Knockout final. We haven’t been playing bad in all these games and if we can take our chances we will be good for the three points,” he added.

While the team have not been winning, they have also been doing well to not concede too many goals even in the games they have lost or drawn. Eric Tinkler’s side have conceded five in the same number of games and scored four and Morgan believes they need to take their chances more often than they do.

“Defence starts from the front and the boys at the front have been putting in a good shift shutting down what they can. And obviously through the midfield they have been closing all the options as much as possible. And then the back four or five including the goalkeeper have just been working hard to do whatever we can to do our jobs to shut out teams and keep goals at the minimum,” he said.