Kaizer Chiefs goalkeeper Itumeleng Khune was not pleased after conceding a goal and he lashed out on a Maritzburg United player over the weekend. 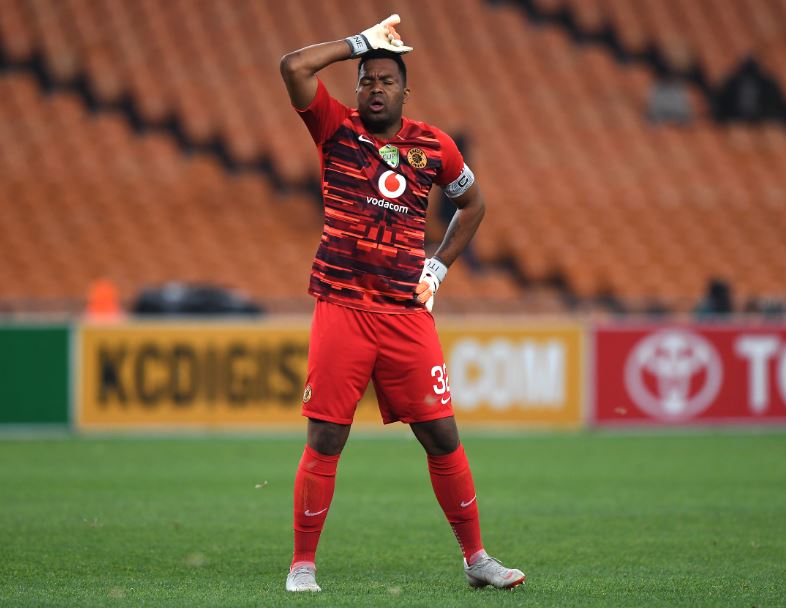 Chiefs were given an early scare when they conceded an early goal from the Team of Choice in their 2-1 win in the MTN8 on Sunday.

READ: Five things we learned from MTN8 this weekend

Striker Thabiso Kutumela curled the ball away from Khune making it difficult for the Bafana Bafana goalkeeper to stop the ball from going into the net. Kutumela’s striking partner Judas Moseamedi was charging forward hoping for a cut back from the former Orlando Pirates striker, but Kutumela went for goal.

Moseamedi then rushed to congratulate Kutumela after the ball went into the net, but Khune, who was back in goals for Amakhosi after spending most of last season on the bench, raised his foot up and almost tripped him.

At first, it looked as though it was a mistake, however, TV replays later showed the Bafana Bafana goalkeeper  deliberately try to trip Moseamedi.

Former PSL referee Ace Ncobo believes Khune should be punished by the Premier Soccer League for tackling the striker.

According to Ncobo, Khune could have received a red car for his actions if the match officials had seen him.

After claiming a come-from-behind victory over Maritzburg, Chiefs advanced to the next round of the MTN8 competition where they will face their Soweto rivals Orlando Pirates.