Mamelodi Sundowns were made to sweat for maximum points against Baroka FC on Saturday after at the Peter Mokaba Stadium. 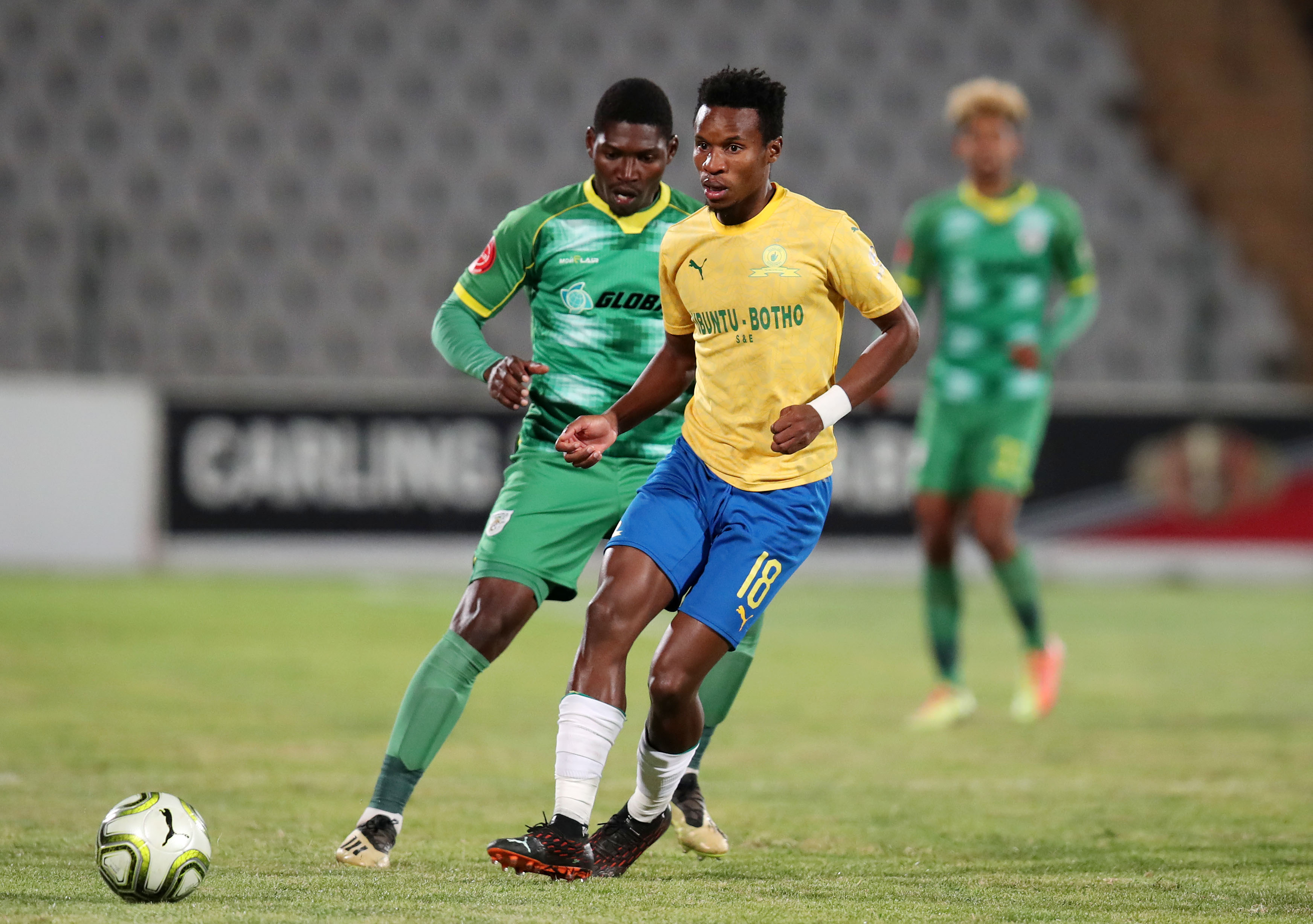 Baroka FC goalkeeper Oscarine Masuluke earned his salary early in the match when he parried Themba Zwane’s free-kick short out for a corner kick in the opening 10 minutes. Masuluke knew nothing of Peter Shalulile’s shot which hit the crossbar, Bagaga dealt with the second ball effectively and cleared it out of their penalty box.

Baroka wiggled out of Sundowns’ tight hold and managed to push into the defending league champions’ half and got a corner for their efforts when Denis Onyango had to fist the ball over the goal posts.

Shalulile was flagged offside when he received the ball in the box before firing an acrobatic shot at Masuluke. The Lanky goalkeeper was the busier of the two goalkeepers in the first half punching away shots directed to his goalposts.

Shalulile had Masuluke beaten towards the halftime break but the goal post came to the Baroka FC goalkeeper’s rescue. The Namibian’s header hit the crossbar before landing on the goal line which led to Sundowns players to appeal for a goal, but the official waved play on.

It was more of the same in the second stanza with Masuluke keeping the ball out of his net. Baroka got their fair chance at testing Onyango but the goal minder pink strip was equal to the task. Sundowns persistence paid off when they got a free-kick outside the penalty box after Zwane was hacked with the ball at his feet.

Lyle Lakay put the ball through the wall and beat Masuluke at the far post for the game’s opening goal. With the game at 1-0, Masuluke continue to stand between Sundowns and a second goal. Sundowns introduced Guston Sirino into the game in Aubrey Modiba’s place.

Bagaga didn’t give up after conceding trying their best to break into Sundowns’ final third but poor decision-making made it difficult to them to trouble Onyango and his defence.

Denwin Farmer was send off after denying Shalulile a clear goal-scoring opportunity. Shalulile weaved past Farmer who was the last defender on the edge of the penalty boy denying the Sundowns striker a one on one goal scoring opportunity against Masuluke.

Sundowns profited from Baroka having a player sent off with Zwane extending his side’s goal tally to register his eighth goal of the season.