Sundowns remain top of the table after a game that lacked many goalscoring opportunities. 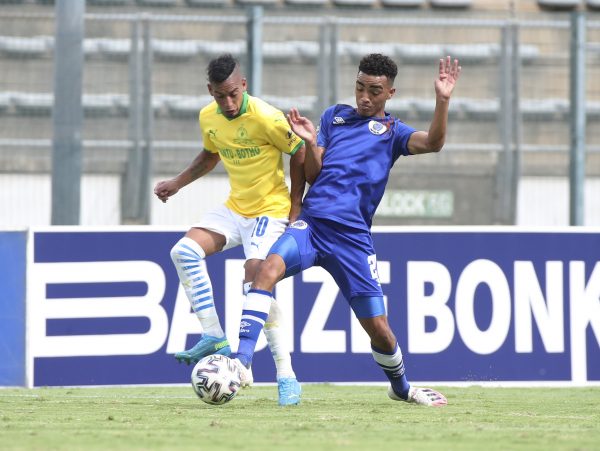 A top-of-the-table clash between SuperSport United and Mamelodi Sundowns did not live up to its billing as the first instalment of the Tshwane derby ended in a goalless draw.

READ MORE: Chippa is the best place for me – Laffor

The sides locked horns at the Lucas Moripe Stadium in Atteridegville and for the first time since 2012, the tie that divides the capital city ended with the scoreline blank, seeing the defending champions remain at the summit of the DStv Premiership.

Kaitano Tembo was forced to make an early substitution in the first half when midfielder Teboho Mokoena collided with Mothobi Mvala in an aerial dual with the Sundowns anchorman. Tembo brought in the versatile Siyabonga Nhlapho who slotted in at the heart of Matsatsantsa A Pitori’s midfield.

The first-half belonged to Masandawana, who dominated the proceedings, making more advances into Ronwen Williams’ goal area. Williams was always up to the challenge as he kept out a few attempts by the on form Themba Zwane, who was usually on the end of Sundowns’ attacks.

SuperSport came close to finding the back of the net after they finally got into their groove, around the 50th minute. The pacey Ghampani Lungu made a bolting run down the right flank and delivered a cross that looked destined to land at the feet of Thamsanqa Gabuza.

Goalkeeper Denis Onyango tried to intercept the square ball but it proved to have too much pace about it. It was his namesake, Brian Onyango, who came to the rescue and snatched the ball from Gabuza.

The Brazilians then moved to introduce striker Kermit Erasmus in the place of the skilful Gaston Sirino. Erasmus was looking to add to his two league goals as he — earlier on the season — set a target of 30 goals in all competitions in his maiden season with Bafana Ba Style.

As  has become the norm under the leadership of co-head coaches Manqoba Mngqithi and Rhulani Mokwena alongside senior coach Steve Komphela, club captain Hlompho Kekana came off the bench in the final 10 minutes.

His first impression on the game came in typical Kekana-fashion as he tried to catch Williams off his line with a long range shot.

Unfortunately, the veteran midfielder could not keep his effort on target as the sides continued to exchange tame blows until referee Victor Gomez blew the final whistle.