No room for complacency at Sundowns – Rulani

“We don’t have possibilities of complacency. We can’t afford it to creep in, it is not in our budget," said Mokwena. 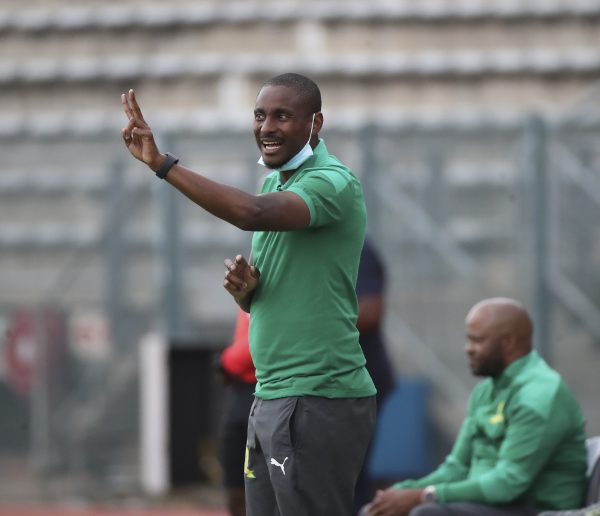 Mamelodi Sundowns can probably afford to give their less-used players some game time on Wednesday, when they take on GladAfrica Championship side Polokwane City in the Nedbank Cup last 16, but the demands and expectations from the club’s management and the supporters will always put Downs under pressure in every game they play.

Given the nature of the competition where teams from lower ranks always fancy themselves against top flight sides, the defending champions’ co-head coach Rhulani Mokwena said he will not allow his players to take Rise and Shine lightly.

“We don’t have possibilities of complacency. We can’t afford it to creep in, it is not in our budget. We have extremely high demands with high goals and targets that we have set for ourselves so the price we have to pay is extreme and it should already speak to our mental state with regards to how we approach every single game,” said Mokwena.

“We are playing a very important game and we cannot overemphasize the magnitude of the game against a rejuvenated side that has a new coach. When we look at the last two results, it’s two wins and two draws,” he added.

Mokwena and his coaching partners have been mapping out how Johnny Ferreira is likely to set up his side against Masandawana, making emphasis on some of City’s key players who he expect  to be the brains trust in Ferreira’s mission to navigate to the quarterfinals to take on Orlando Pirates.

“They have got Salulani Phiri in the midfield and he consolidates and screens and gives them opportunities to deal better with second balls. Upfront they have Charlton Mashumba and Puleng Tlolane is still there. They are not just a team that is good in relation to the energy that is provided by the coach, but it is also the individuals who are in the team who are able to give good performances and give possibilities to influence results.”