England will be on their guard against surprise Euro 2020 quarter-finalists Ukraine in Rome on Saturday, while an increasingly confident Denmark hope to keep their inspiring run going against the Czech Republic. ALSO READ: Spain through to Euro 2020 semi-finals on penalties After beating old rivals Germany in a knockout match for the first time […] 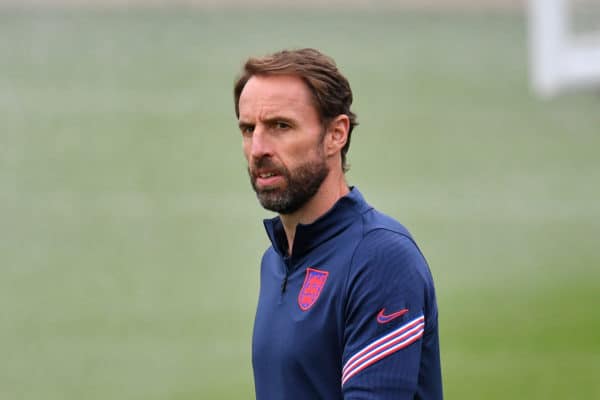 England's coach England coach Gareth Southgate said the win against Germany will count for little if they lose to Ukraine.. (Photo by JUSTIN TALLIS / AFP)

England will be on their guard against surprise Euro 2020 quarter-finalists Ukraine in Rome on Saturday, while an increasingly confident Denmark hope to keep their inspiring run going against the Czech Republic.

ALSO READ: Spain through to Euro 2020 semi-finals on penalties

After beating old rivals Germany in a knockout match for the first time since the 1966 World Cup final, England coach Gareth Southgate said that win will count for little if they lose to Ukraine.

The draw has opened up nicely for England, who will be favoured to beat a side coached by former Ballon d’Or winner Andriy Shevchenko, and Southgate urged his team to seize their chance.

“Right from the final whistle the other day, the players were already talking about the next game and preparing for it,” said Southgate, with England set to play their first match of the competition away from Wembley.

“They recognised that although they loved the experience of the last game, you move on quickly in tournaments and we have not got to the point we want to be at yet.

“It’s not been too difficult to refocus people. The opportunity is there, the confidence is there. They are looking forward to the challenge.”

A more subdued atmosphere awaits at the Stadio Olimpico, where the number of England fans among the permitted capacity of 16,000 is expected to be limited.

England supporters have been warned not to travel to the Italian capital for the game as Covid-19 restrictions mean even those with tickets cannot use them.

Italian health regulations require fans travelling from Britain to observe five days of quarantine and therefore they would miss the match.

Ukraine are attempting to make the last four of a major tournament for the first time since the break-up of the Soviet Union, having matched their run to the quarter-finals of the 2006 World Cup.

“We will do our best, try to surprise them. But we know that to get past them we will have to play the best game of our lives,” said Ukraine midfielder Oleksandr Zinchenko, who will come up against several of his Manchester City team-mates.

The winners go on to a Wembley Euro 2020 semi-final against Denmark or the Czech Republic, who meet in Baku exactly three weeks on from Christian Eriksen’s cardiac arrest in the Danes’ first match at the finals.

Eriksen was discharged from hospital less than a week after his collapse after having a defibrillator implanted to regulate his heart rate, and without him Kasper Hjulmand’s team have rallied to reach the last eight.

“We will play with the heart of Christian Eriksen. He is the heart of the team still and with that heart and without fear, we will try,” said Hjulmand.

Denmark have scored four goals in successive matches against Russia and Wales, and will be dreaming of following in the footsteps of the side who claimed a shock European title in 1992.

Czech captain Vladimir Darida is set to return from injury after he missed the 2-0 win over the Netherlands in the last 16.

Italy and Spain will face off in Tuesday’s first semi-final at Wembley.

Lorenzo Insigne’s brilliant curling strike secured a 2-1 win over Belgium as Italy extended their national-record unbeaten run to 32 matches, and the Napoli forward said the Azzurri wanted to honour injured Leonardo Spinazzola by going all the way.

Italian media report that Roma left-back Spinazzola will undergo tests in Rome on Saturday afternoon after being stretchered off at the Allianz Arena in Munich with an Achilles tendon injury.

The 28-year-old, who has starred in Italy’s run to the Euro last four, is however expected to be out for several months.

“It’s a great loss for us. We are now trying to go very far — for him. He was so important for this team,” said Insigne.

“We’ll try to do everything we can to make it to the final for him.”

Denis Zakaria’s own goal put Spain ahead early on but Xherdan Shaqiri equalised for Switzerland on 68 minutes, before Remo Freuler was sent off.

Simon saved from Fabian Schaer and Manuel Akanji in the shootout before Mikel Oyarzabal converted the winning kick after Ruben Vargas blazed over.