'We can never really choose (where to coach) as long as we coach football,' said Mosimane. 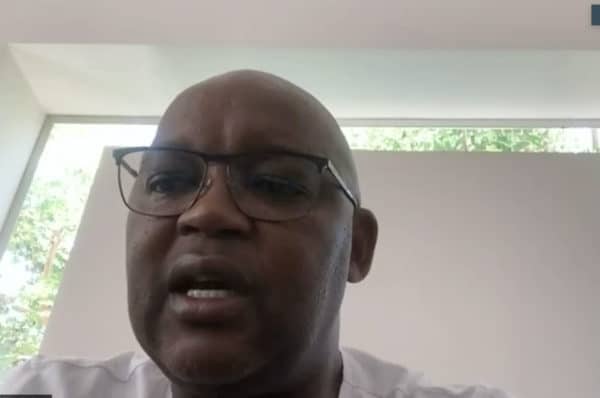 Pitso Mosimane, who went toe-to-toe with Gavin Hunt during their time at Mamelodi Sundowns and Bidvest Wits respectively, has endorsed Hunt’s appointment at Chippa United.

Hunt is now at the mercy of the country’s most trigger happy chairman, Siviwe Mpengesi, who does not hesitate to pull the plug on a coach when the results are not forthcoming. In recent seasons, Mpengesi has shown the door to Eric Tinkler, Vladislav Heric, Norman Mapeza, and Dan Malesela among plenty of others. However, “Jingles” says “a job is a job”.

Speaking to the South African Football Journalists Association on Wednesday, the Al-Ahly head coach said his counterpart is more than capable to also join him and coach in North Africa, but accepts that he chose the Chilli Boys because “i-job, i-job” .

“We can never really choose (where to coach) as long as we coach football,” said Mosimane.

“I agree with Gavin, that is football life and that is how it is. For me, I think he is one of the most successful coaches in South Africa. I have had battles with him on the pitch and we had a few jabs here and there. He did very well with Wits, he gave the team a league title after almost 100 years. He has done well, look at the trophies he has won,” Mosimane added.

Before Bafana Bafana appointed Hugo Broos, Mosimane thought Hunt would have been given the nod to lead the senior national team. However, it did not happen as per ‘Jingles” wishes – Mosimane himself was approached for the top job, but turned it down.

Hunt stayed at Kaizer Chiefs, where he was fired at the end of May.

“He went to Amakhosi and it did not go well and I thought he would be a Bafana Bafana coach to be honest… I thought they would give him a chance. People are talking and saying his philosophy doesn’t suit the way Bafana plays but I don’t know if we need ‘the way Bafana plays’ or we need to win,” said Mosimane.

He added: “I don’t know what Stuart Baxter’s philosophy is. If we say Gavin didn’t have the right philosophy, why did Baxter come back (as Bafana coach) for the second time? But that’s not for me.”