Kaizer Chiefs coach Steve Komphela wants his side to avoid going the full distance when they host Golden Arrows in a Nedbank Cup match at FNB Stadium on Sunday afternoon. 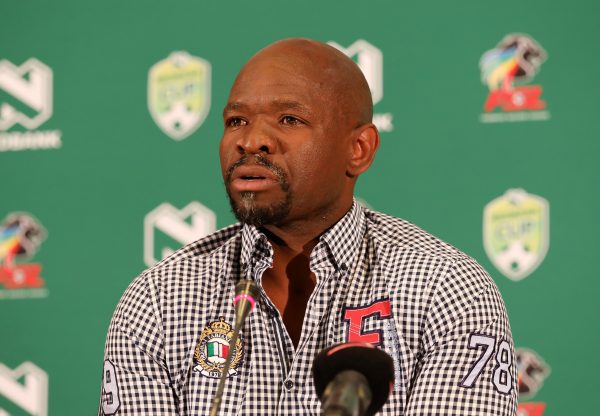 Komphela said his team will have to win within the 90 minutes to avoid anxiety and overexertion.

“We would not like to win it within 90 minutes so our people do not go through the anxiety. It is also that time of the season where you want to save as much energy as you can,” said the 50-year-old mentor.

Komphela also revealed that he will not read much into Abafana Bes’thende’s recent poor form as they remain a rebellious side who can exact maximum damage on any given day.

“Their recent record has no basis for us not preparing thoroughly. We have to avoid them playing in a way that puts us under pressure. We have to go there and play a sensible game.

“An early goal for us will be a lift but it should not allow complacency to creep in. A team who scores first does not get a right to win the match,” he said.