Maritzburg United defensive midfielder Siphesihle Ndlovu says he still gets goosebumps whenever he comes up against SuperSport United midfielder Reneilwe Letsholonyane, whom he looked up to while growing up. Siphesihle Ndlovu of Maritzburg United with his Player of the Month award. (Pic Sydney Mahlangu/BackpagePix)

Ndlovu was voted as the Player of the Month for January.

“Whenever I play against him, I just say to myself, wow, I made it. That guy is Reneilwe Letsholonyane,” said Ndlovu at the PSL offices in Parktown on Monday.

The Maritzburg star is affectionately known as ‘Mbesuma’ back in his hometown of Ashdown in Pietermaritzburg. The midfielder says the nickname was given to him because he was fat and loved to play as a striker.

“I got the nickname while I was growing up because I used to play as a striker and I was fat.” 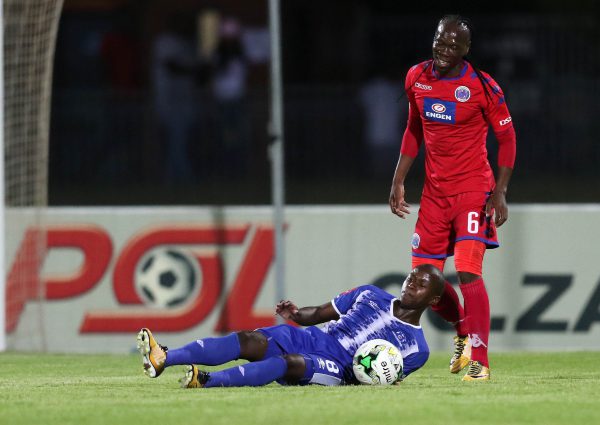