Benni would be perfect fit for Bafana – Putsche

McCarthy is one of the names bandied around as a possible replacement for Stuart Baxter who resigned last Friday. 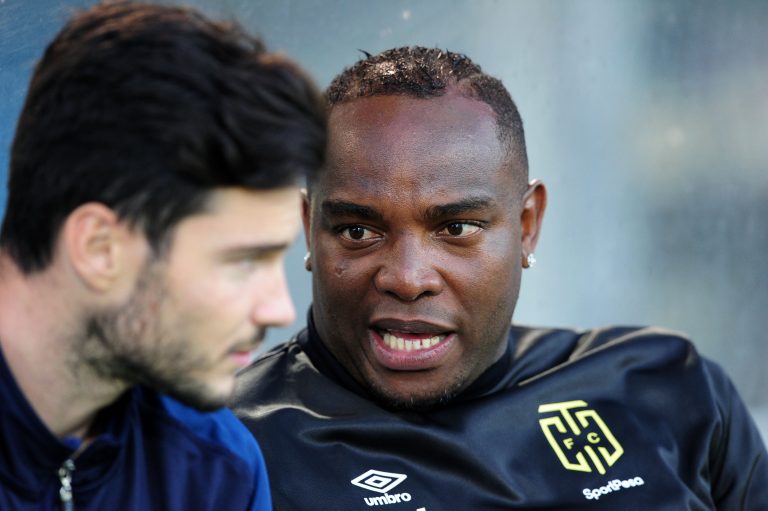 Cape Town City midfielder, Roland Putsche says he always knew that Benni McCarthy’s name would be top of the list for the Bafana Bafana job at some point. But it has happened quicker than the Austrian player had anticipated.

McCarthy is one of the names bandied around as a possible replacement for Stuart Baxter who resigned last Friday.

“That he would be a topic for the Bafana Bafana job sooner or later was obvious,” said Putsche. “Benni McCarthy is a top character and I really enjoy working with him. We shouldn’t forget that he is still a young coach and there is a lot waiting for him out there.

“I am pretty sure that he is the right person for the Bafana job. But the timing… he must decide. I am not saying it is not the right time, there is only one person out there who knows that and that is Benni himself. It is up to him,” he added.

Putsche said he was still looking forward to working with Bafana’s all-time leading goal scorer but if he felt it was time for him to move on to bigger things, they will understand and wish him well.

“If he wants to take it, he will do it and I wish him all the best for the job. If he feels like it should be for a later stage in his career, I will understand and I look forward to working with him for a little bit longer.

“I don’t really worry about it because I only wish him the best for whatever he decides. It would obviously be a loss for the team because he is also learning as well. And I can see in the last two seasons that I have worked with him how much he has grown in his coaching role.

“I can’t say much more about it. I still wish to work with him a little longer but it is soccer business and things can change quite quickly and you have to adapt. Cape Town City will adapt if he moves on.”