The Amakhosi club captain was not even on the bench again for Chiefs on Saturday, as they played out a goalless draw at Stellenbosch FC. 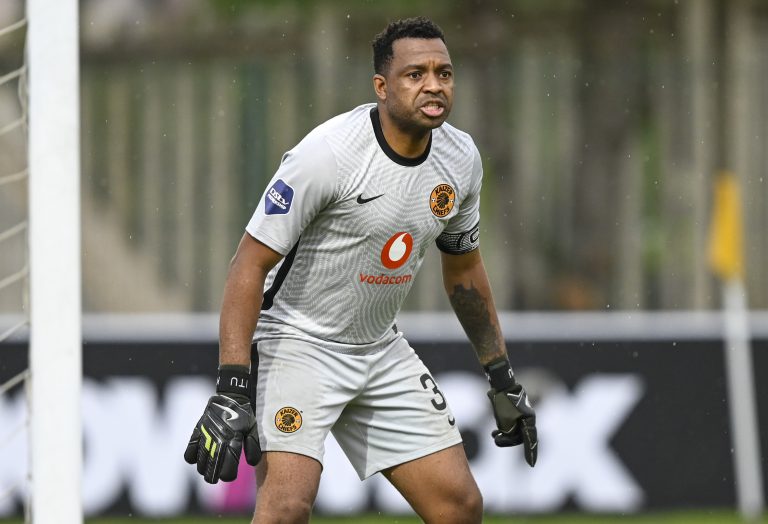 Gavin Hunt has hinted that Itumeleng Khune needs to put in more graft if he is to force his way into the Kaizer Chiefs team.

The Amakhosi club captain was not even on the bench again for Chiefs on Saturday, as they played out a goalless draw at Stellenbosch FC.

Daniel Akpeyi kept another clean sheet and again for a second successive season appears to have cemented his place as Amakhosi’s number one, while Bruce Bvuma was on the bench.

“I thought Daniel was excellent, fantastic, he swept up well,” said Hunt pointedly, when asked about Khune’s absence.

“There is a lot of competition here and people need to work hard to get back in the team.”

Khune started the season as Hunt’s number one, but a calamitous performance in the season’s DStv Premiership opener against Mamelodi Sundowns soon saw him relegated to the bench.

Akpeyi was also dropped for a spell, and Khune returned to the side, but again looked way off his best, his usually reliable distribution particularly fallible, and the former Bafana Bafana captain’s last appearance for Chiefs was on December 15.

Khune has shown good grace in his absence from the Chiefs side, wishing his teammates luck ahead of the meeting with Stellenbosch on Saturday.

It remains to be seen, however, if and when the 33 year-old will be back between the poles for Chiefs, especially with Akpeyi back in the form that saw him do so well under Ernst Middendorp in the 2019/20 campaign.

Since he returned to the team on December 19 against Bloemfontein Celtic, the Nigerian has conceded just four goals in seven games in all competitions, and will surely be in goal on Tuesday against Baroka FC and in next weekend’s Soweto derby against Orlando Pirates.