The former Chippa United winger did some great work on the left side of Bucs attack, before putting the ball into the Amakhosi box which was scored by Siphesihle Ndlovu. 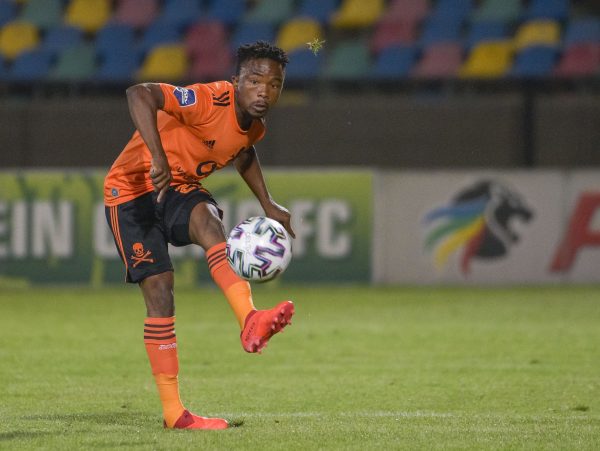 Paseka Mako’s impact in Orlando Pirates victory over Kaizer Chiefs at the Orlando Stadium last weekend has been praised by head coach Josef Zinnbauer, after the left-back was introduced into the game in the second half.

After 24 minutes into the game, the former Chippa United winger did some great work on the left side of Bucs attack, before putting the ball into the Amakhosi box which was scored by Siphesihle Ndlovu, who also came in as a substitute.

“Defending and offensive play. He is quick in offense and has possibilities to score in the box or make assists. He has done this very well and we have discussed it with him before,” said Zinnbauer about Mako.

Looking at the win, the Bucs mentor says in order to get a win against Amakhosi one will have to fight on the field.

And having been able to register three victory against Amakhosi already this season, the Pirates coach seems to have found a way to get the better of their Soweto neighbours.

Meanwhile, Ndlovu was ecstatic to have got the all important goal for the club.

“I am very happy to have scored in the derby. We worked to hard as a collective, we covered all the spaces for each other. I think teamwork is what made us get the victory,” said Ndlovu.

Pirates have now registered six win in the league, while registering seven draws and two loses in their last 15 games placing them in fourth place on the log.

They have decreased the gap with log leaders Mamelodi Sundowns to eight points with the Pretoria side on 33 points.

Bucs have another chance to lessen the points gap when they take on Golden Arrows at the Sugar Ray Xulu Stadium on Tuesday.