Masandawana move five points clear at the top of the table as Sirino and Shalulile strike in the second half. 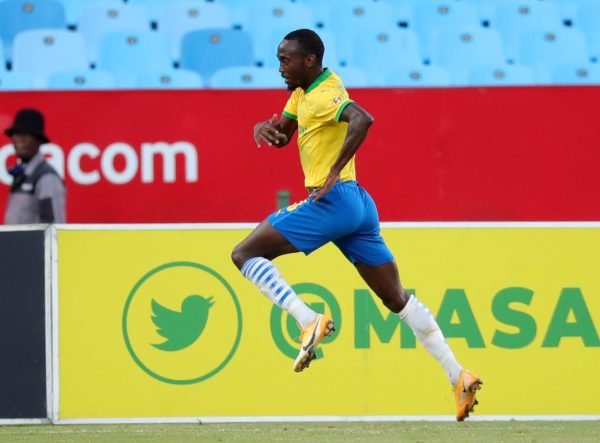 Gaston Sirino and Peter Shalulile struck in the second half as Mamelodi Sundowns extended their lead at the top of the table to five points yesterday, with a 2-0 victory at home to Baroka FC at Loftus Stadium.

Bakgaga were left to rue a couple of first half missed opportunities, with Evidence Makgopa drawing a save from Denis Onyango, and Thamsanqa Masiya putting the ball wide with the goal gaping, as Onyango rushed off his line.

Two goals in five minutes did the trick for Masandawana just after the hour mark, as first Sirino fired in, latching onto Kermit Erasmus’ fine through ball, and then Shalulile tapped in, after Elvis Chipezeze had stopped Erasmus’ initial effort from close range.

Erasmus should really have added a third but hit the post from metres out, as Sundowns showed their class, putting some breathing space between themselves and Tshwane rivals SuperSport United.

Sundowns looked a little vulnerable in the first half, with Baroka hoping to spring a surprise on the league leaders. Thamsanqa Masiya robbed a dawdlinbg Lyle Lakay on the left, and set up Makgopa, but Onyango made a close-range save.

Masiya then ran onto a fine through ball and lobbed over Onyango, but the ball drifted agonisingly wide.

Sundowns upped their game in the second half, however, and remain unbeaten in 16 games in the league this season, keeping up their chances of having an invincible campaign, over halfway through the 2020/21 DStv Premiership season.

Masandawana have had Saturday’s Premiership game against Maritzburg United postponed, meanwhile, as they have to travel to Algeria to face CR Belouzidad in the Caf Champions League on Tuesday.