Reports emerged earlier this week linking the impressive 27-year-old Ngcobo with a move to Naturena next season when Amakhosi are allowed to sign players again. 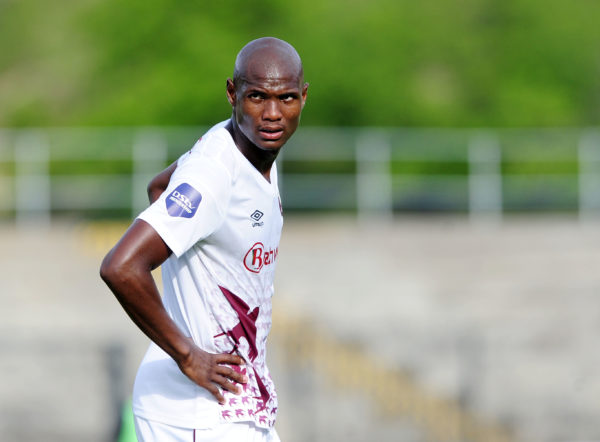 Njabulo Ngcobo’s agent has poured cold water on suggestions that the Swallows defender is headed to Kaizer Chiefs at the end of the season, saying nothing has been communicated to him or the player as yet.

Reports emerged earlier this week linking the impressive 27-year-old Ngcobo with a move to Naturena next season when Amakhosi are allowed to sign players again.

But his agent, Sboniso “King” Ngubane has disputed the reports, saying they are just hearsay and confirming that Swallows have indeed exercised their option on the contract for a further two years.

“There is nothing that either Swallows or Chiefs have said to us about a possible move. All that’s being said is rumours that we’ve only read about as well.

“Ngcobo signed a one year contract with an option for a further two years,” said Ngubane .

“If you didn’t discuss the terms and fees on the original contract, the club then sits down for discussions again if they want to exercise their option for extension. But in our case we discussed everything and all Swallows had to do was announce their intension.

“If they hadn’t done that until the end of this month, the player would have become a free agent and any team would be able to snap him up on a free transfer,” explained Ngubane.

Swallows chairman, David Mogashoa is reported to have said he will only let Ngcobo go of he is going to Chiefs, fueling rumours of the transfer.
“Yes, the chairman has said they will exercise the option. We had agreed on everything on the initial negotiations,” said a source.

Worried that the talks linking him to Chiefs and the general praise Ngcobo is getting, Ngubane says he is in constant touch with him to ensure he remains level headed and doesn’t lose sight of their goal.

“We have big plans for him that he is party to. Yes, we would have loved to have him move to a bigger team if a chance presents itself, and we are still hopeful that it will happen.

“But talks with Swallows have not started as yet. But we have heard that the chairman (Mogashoa) will release him if it is Chiefs who want him. We hope that is true and they will engage us before any decision is made,” said Ngubane.