“The goal was a typical striker’s goal,” said the Chiefs coach reacting to Nurkovic's goal in the Soweto derby. 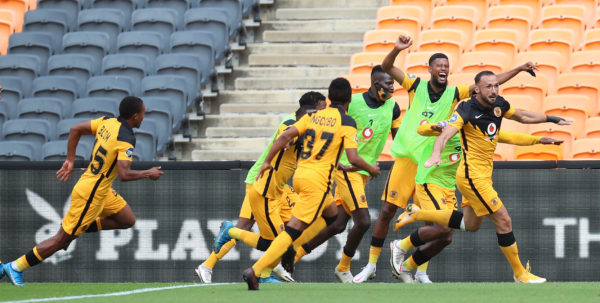 Kaizer Chiefs are waiting to find out who their Caf Champions League quarterfinal opponents will be after their historic draw against Horoya. Picture: Muzi Ntombela/BackpagePix/Gallo Images.

The goal was spoken about hours after Samir Nurkovic had done the overhead kick to beat Siyabonga Mpontshane in the Soweto derby on Sunday as Kaizer Chiefs beat their biggest rivals Orlando Pirates 1-0 at FNB Stadium.

Some of the Amakhosi faithful are still raving about the wonder goal that ended Bucs’ dominance over Amakhosi this season. Some have already started campaigning for it to be voted goal of the month for March and of the year at the end of the season.

But for coach Gavin Hunt, it was just another goal that’s expected from a striker in every game.

“The goal was a typical striker’s goal,” said Hunt after the DStv Premiership match. “I felt he could have scored more. He had more better, easier chances. But the most important thing is that he worked for the team. When you are a striker you need to work for the team, he did that very well,” he added.

Hunt also didn’t go wild with joy when the goal was scored in the 54th minute, saying his mind was preoccupied with plotting the next step to ensure they didn’t throw away the win like in previous games.

“I was thinking about the next move,” said Hunt when asked about his reaction. Nurkovic meanwhile became the first player born in Europe to score in a derby for Chiefs against Pirates in the league

He became the 77th different player to score a goal for Chiefs in an official derby against Bucs, and his goal was Chiefs’ 50th in a league game against Pirates in the Premier Soccer League era, according to Chiefs.

Hunt meanwhile looked livelier when he spoke of club veteran, Bernard Parker’s contribution on the day, saying he was spectacular.

Parker led by example as he was industries and managed to ensure that the Buccaneers do not have a flowing game as they usually and would have liked to have in midfield.