Jele reveals secret for his long stay at Orlando Pirates

Jele joined the Buccaneers from amateur club Walter Stars in 2006. 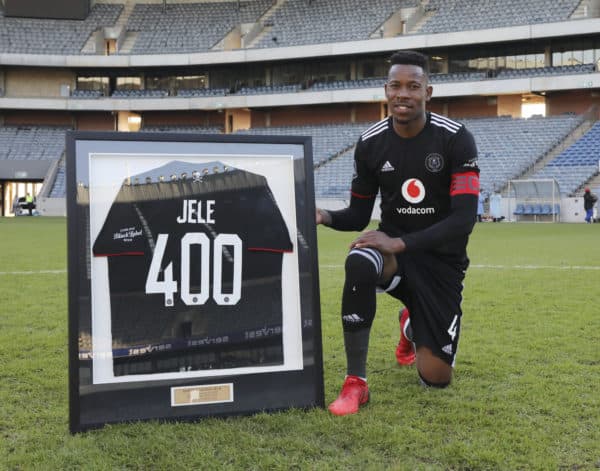 Orlando Pirates captain Happy Jele says making his 400 appearances for the club is a big a achievement, which comes with a lot of dedication and hard work.

ALSO READ: Davids admits to being under pressure at Orlando Pirates

The center-back achieved this milestone in the Buccaneers DStv Premiership meeting with Swallows FC, as Bucs earned a 1-0 victory over their Soweto neighbours last Saturday at the Orlando Stadium.

“It’s  an honour for me to play for Orlando Pirates. A big club in the country, as well as the continent. To have been a part of the club for 15 years is a big personal achievement, and I want to keep going and continue pushing,” Jele was quoted on the club’s website.

“Just being humble and dedicated, and also respect. Respecting the badge, the people around you, and respecting the fans. Plus working hard at training and on the field of play, as well as doing a bit extra. Even when no one is watching, the results will always show up on the field.”

Jele joined the Buccaneers from amateur club Walter Stars in 2006, and says there are a number of players he looked up while growing up and players who helped him be a player that he is today.

“There were quite a few. Even people I watched when I was still a young kid. The likes of John Moeti, Edward Motale, and William Okpara. When I joined the Club, there was Lucky Lekgwathi, Joseph Makhanya, Sailor Tshabalala, Edelbert Dinha, to name a few. I learned from them on and off the field, and I can say that helped me grow as a person.”