‘New’ Orlando Pirates keeper could debut against former side this week

The Buccaneers were plunged into a goalkeeper crisis when Richard Ofori and Siyabonga Mpontshane both got injured, leaving Wayne Sandilands as the only keeper available recently. 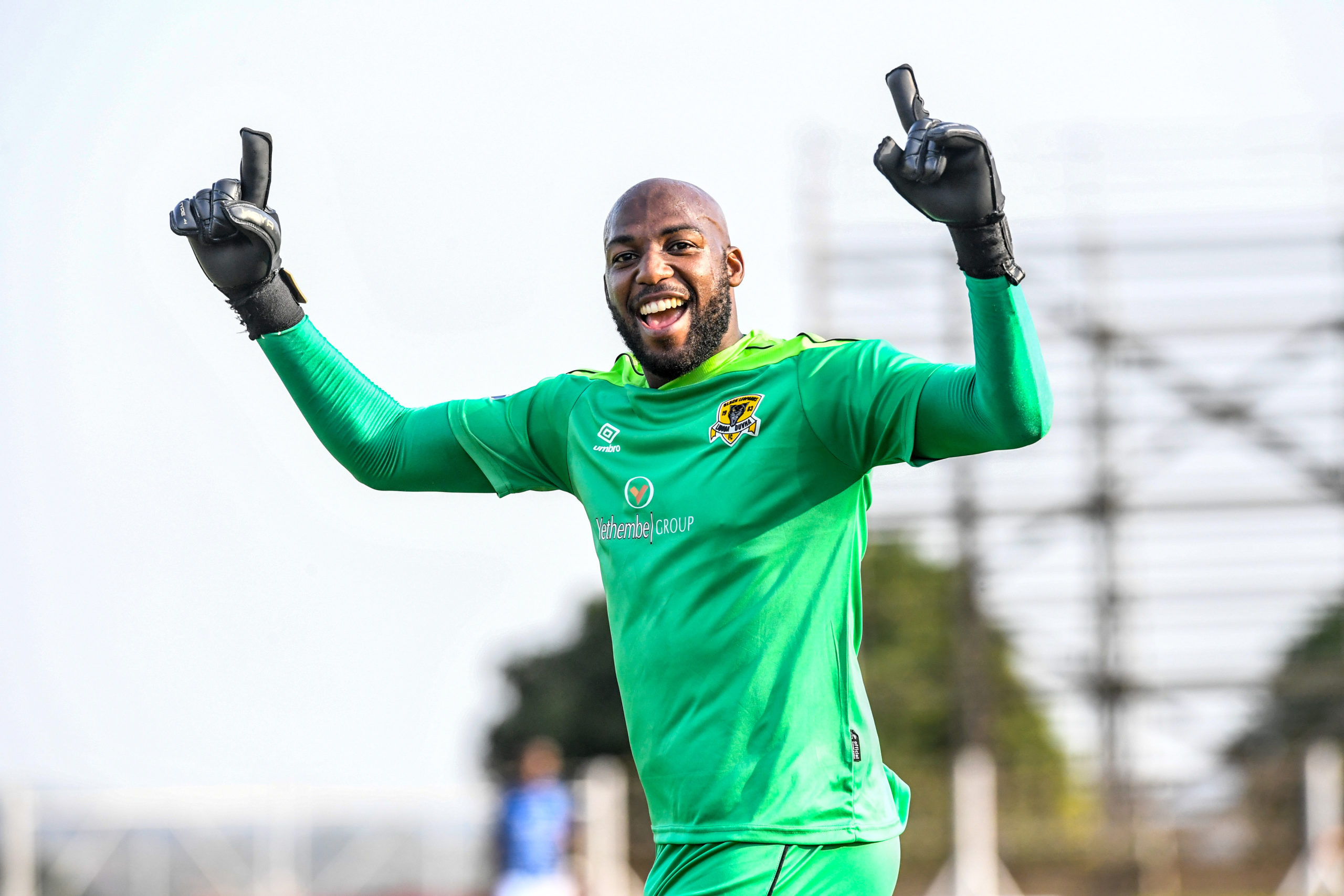 King Ndlovu is set to start training with Orlando Pirates this week, according to a source.. (Photo by Sydney Seshibedi/Gallo Images)

A deal between Orlando Pirates and former Black Leopards goalkeeper, King Ndlovu is as good as done and the goal minder was expected to start training with the Buccaneers on Monday, Phakaaathi has learnt.

The Buccaneers were plunged into a goalkeeper crisis when Richard Ofori and Siyabonga Mpontshane both got injured, leaving Wayne Sandilands as the only keeper available recently.

In fact, in their last Caf Confederation Cup match against Enyimba, Pirates didn’t have a reserve keeper, and the situation got tense when Sandilands looked to be struggling with cramps.

On Sunday against Mamelodi Sundowns they had MDC’s Elson Sithole as the reserve to Sandilands. A source has however revealed that Ndlovu could be an immediate solution for the club.

“He is close to the deal, in fact he was expected to start training with the team on Monday. The only thing that was standing on his way was a medical test which he did last Friday, and the results should be back and if all is well, he will sign and start training.

“He might even play on Wednesday against Leopards because they have to spare Sandilands as he is the only one available for their Caf campaign and if anything happens to him, they’d be plunged into an even bigger crisis,” said the source.

Pirates wanted to sign Oscarine Masuluke as they look to refresh their goalkeeping department with Mpontshane and Sandilands said to be on their last season.

But the injuries have forced them into finding an immediate solution and by his luck, Ndlovu was available after the he was fired at Leopards.

“Ndlovu was lucky that when Pirates sent out feelers on an available keeper, he had just been fired at Leopards and became a free agent which means they can register him with the PSL immediately,” added the source.