Maluleka has fallen down the midfielder pecking order at Choorklop. 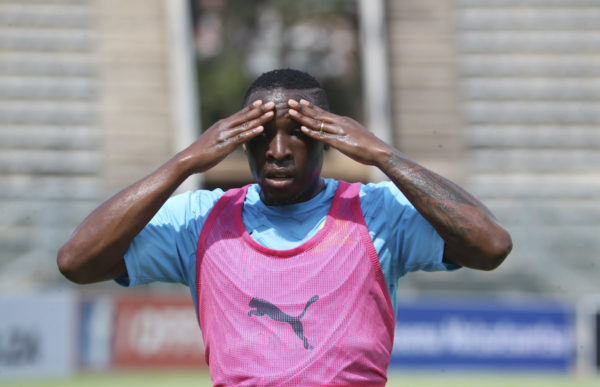 Mamelodi Sundowns’ co-coaches are said to be on a crusade to refresh the team and add on more younger players as the club has reached the peak of its circle. Phakaaathi already reported last week that Tiyani Mabunda has been alerted that he will not be kept for next season.

ALSO READ: Will Sundowns’ Zwane be fit for Ahly showdown?

It has now come to Phakaaathi’s attention that George Maluleka is another player who could find himself out. Maluleka signed a four-year deal at the beginning of the season.

But it has emerged that it was Pitso Mosimane who wanted him, and now that he is no longer there, the new incumbents are not so sure about keeping him.

“He is likely to be released. They have an overload of players in the position he plays in with a few other younger players set to be brought in. It is currently bossed by Rivaldo Coetzee and Andile Jali and the likes of Hlompho (Kekana) are struggling for game time.

“He (Maluleka) is too far behind in the pecking order and they don’t see a need to keep him because they are unlikely to use him in future, and they want to build their own team with fresh faces and younger players,” said a source.