‘No decision yet’ on Alaba’s Madrid move

On Monday, Spanish newspaper Marca said Austria centre-back Alaba had agreed a four-year deal with the La Liga giants starting next season and had passed a medical. 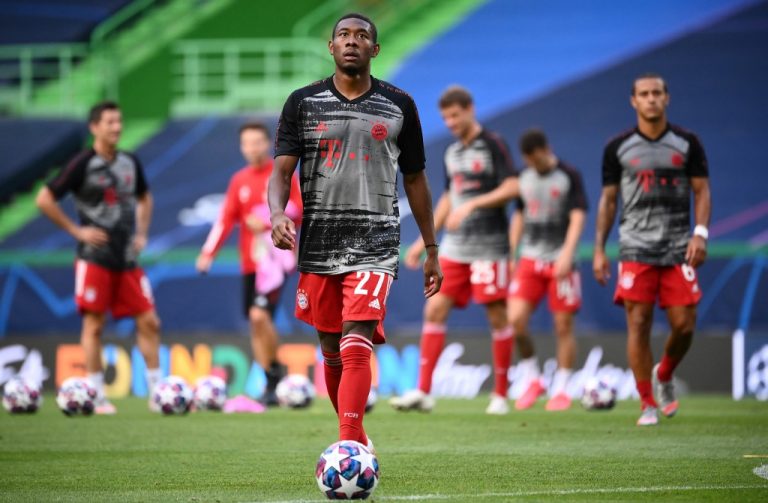 In this file photo taken on August 19, 2020 Bayern Munich's Austrian defender David Alaba warms up before the UEFA Champions League semi-final football match between Lyon and Bayern Munich at the Jose Alvalade stadium in Lisbon. - Austrian defender David Alaba claims to have learned "from the press" that Bayern Munich had withdrawn an offer to renew his contract. "I was surprised, I learned from the press, it was obviously a very special situation," the 28-year-old said on November 2, 2020 at a pre-match press conference prior to the Champions League match between Salzburg and Munich on November 3, 2020. (Photo by FRANCK FIFE / POOL / AFP)

On Monday, Spanish newspaper Marca said Austria centre-back Alaba had agreed a four-year deal with the La Liga giants starting next season and had passed a medical.

“No decision has been taken yet and David hasn’t signed with Real,” George Alaba told Sport1.

Alaba, who has won the Champions Leage twice since joining from Austria Vienna in 2008, has refused a contract extension in Bavaria and is set to be a free agent in June.