The nomination is for his album, 'Pangaea', under the Best New Age Album category. 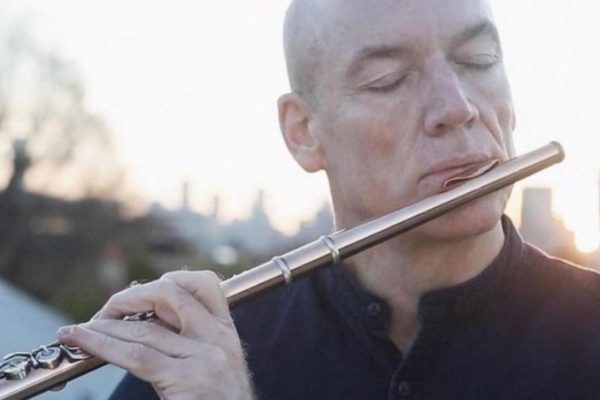 Flutist and composer, Wouter Kellerman, has continuously proven his worth as a South African musician since releasing his debut album, Colour, in 2008.

In 2010, he performed at the Fifa World Cup’s closing ceremony, in front of a worldwide audience of 700 million people and in 2014 he won a Grammy award for his album, Winds of Samsara. He has also won eight SAMA Awards locally and has now been nominated for another Grammy award.

The nomination is for his album, Pangaea, under the Best New Age Album category. The album is the product of a project he embarked on with the American composer and music producer, David Arkenstone.

“We are very grateful for the nomination,” he humbly says.

“We wrote the new music hoping that our broken and divided world can forge a new identity in which everyone can stand and work together – a world in which others’ interests are just as important as your own, just like in the super-continent, Pangaea. It is the spring of a new era and a new beginning. We look forward to take your imagination on a journey.”

Kellerman thrives on experimenting with the shades, textures and colours that his magic flute is capable of creating, blending them together with other instruments and vocal sounds.

The flutist composed the song, The Long Road, a solo flute piece which was written for Nelson Mandela, which won the 2016 Global Peace Song Award in the Acoustic/Contemporary Music category.

In 2018, he also collaborated with the local Ndlovu Youth Choir to showcase their talent and together they created a South African version of Ed Sheeran’s Shape Of You.

The song became an internet sensation, with millions of views and won awards like the HMMA Award for Best Independent Music Video, which pushed the Ndlovu Youth Choir firmly into the international limelight and all the way to the 2019 finals of America’s Got Talent.

The nominated album, Pangaea, is available on all music streaming platforms.