Only 15 units will be available in South Africa and orders can be placed from January 2018. BMW M is presenting another exclusive, limited-run special-edition model in the shape of the new BMW M3 CS.

With its accentuated sporting presence, the new M3 CS continues the decades-long tradition of successful M special editions which began in 1988 with the E30 BMW M3 Evolution. 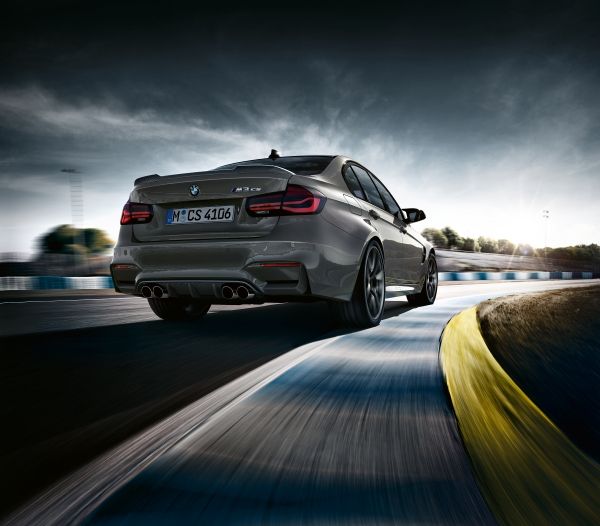 At the same time, the four-door high-performance sedan serves up a perfect blend of dynamism and everyday practicality.

The 3.0-litre high-performance engine exceeds the output of the M3 with Competition Package by 10 horsepower, raising it to 338kW.

The top speed of the new special edition, which comes as standard with the M Driver’s Package, is electronically limited to 280 km/h. Pushing the new red start/stop button fires up the engine, and the distinctive sound produced by the specially tuned sports exhaust system of the new BMW M3 CS – with its quartet of tailpipes – proceeds to lay on a feast for the ears.

The new BMW M3 CS is equipped as standard with the seven-speed M Double Clutch Transmission (M DCT) with Drivelogic.

This cutting-edge transmission has a separate oil cooler and enables both automated gear changes and manual interventions using the shift paddles on the steering wheel. It changes gears in fractions of a second with no interruption in the flow of power, but employs a long seventh gear to keep revs low and minimise fuel consumption over longer motorway journeys.

The suspension of the new BMW M3 CS largely mirrors that of the M3 with Competition Package. The links and wheel carriers at both the front and rear axles are made from forged aluminium and are therefore extremely light. That keeps the unsprung masses low and benefits driving dynamics.

The M3 CS is fitted as standard with Adaptive M suspension, whose geometry has been tuned to deliver optimised performance on both the road and track.

Ensuring the best possible grip in all driving conditions are the DSC (Dynamic Stability Control) system – which includes M Dynamic Mode – and the Active M Differential. The control systems for the Adaptive M suspension, DSC and Active M Differential have been modified to suit the dynamic requirements of the BMW M3 CS, as has the set-up of the electromechanical steering.

The driver has the option of adjusting the steering and suspension settings to their personal preferences or the demands of the route at hand. 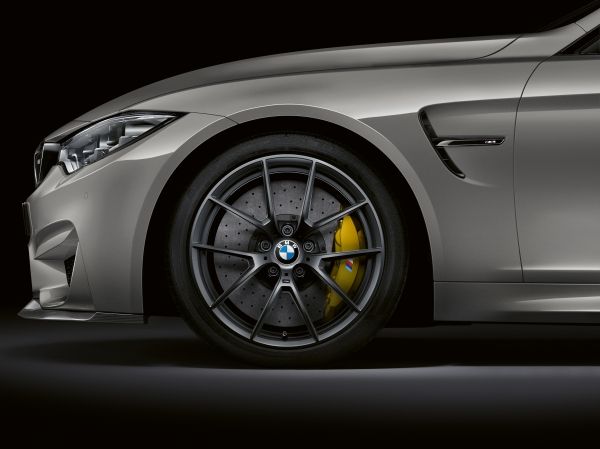 The M3 CS can also be ordered with Michelin Sport road tyres.

Moving inside the new BMW M3 CS, the generous use of two-tone full leather in Silverstone/Black and Alcantara creates a compelling and well-resolved ambience brimming with sporting allure and undeniable class.

No M3 CS driver will need to compromise on the nicer things in life.

Indeed, among the standard features on board are automatic climate control, a Harman Kardon surround sound system and the Navigation system Professional. True to form, the BMW M GmbH designers have given the new M3 CS looks that reflect the car’s sporting intent.

The signature feature of its prominent front end, complete with cutting-edge twin LED headlights, is the front apron with large, three-section air intakes.

The Gurney spoiler lip on the boot lid has been newly designed specifically for the new M3 CS, and teams up with the front splitter and the rear diffuser to help minimise dynamic lift.

These components are made from the lightweight and extremely rigid high-tech material carbon fibre-reinforced plastic (CFRP), as are the bonnet and roof of the new BMW M3 CS.

Orders for the new BMW M3 CS can be placed from January 2018.