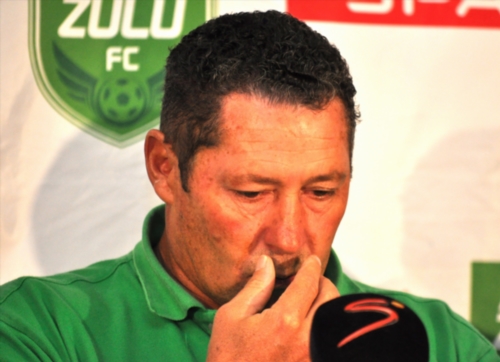 AmaZulu FC coach Steve Barker will hope his team come through for him and get a positive result today as Saturday Citizen understands that he is living on borrowed time and could soon be axed.

Following a string of poor results, the team’s management – besides coming out this week in defence of the embattled coach – is said to be already looking for a coach for next season, and with Kosta Papic quitting Black Leopards this week, speculation is high that he is headed to Durban.

Barker had to use a back entrance to leave the Princess Magogo Stadium in KwaMashu after the team lost 1-0 to Baroka last week. Fans blockaded the main gate and peeped through every car looking for Barker whom they threatened with violence. But CEO Lunga Sokhela said they still believe in Barker is the right man. The fans have made it clear though that Barker is no longer welcome at the ground.

But he can smooth things out a little with the fans if his side win today. Usuthu have a crunch encounter against National First Division high-flyers Witbank Spurs at Puma Rugby Stadium. The game is set for a 3pm kick-off. The result will have huge impact on either team’s aspirations for promotion to the Absa Premier League.

If second placed Siyavutha lose, they could find themselves slipping to third and the gap between them and leaders Baroka FC would be five points.  For AmaZulu, who are seventh, a loss today would mean their campaign ends – their chances of gaining promotion would be over.

Meanwhile, Baroka will host struggling Santos at the Old Peter Mokaba Stadium hoping to cement their top position. Bakgaga have been top since September, but have seen their lead cut to just two points. Third-placed Highlands Park are away to Royal Eagles who are fifth.