Bloemfontein Celtic coach Veselin Jelusic has praised his countryman Micho Sredojevic for his work at Orlando Pirates since taking over before the start of the season. 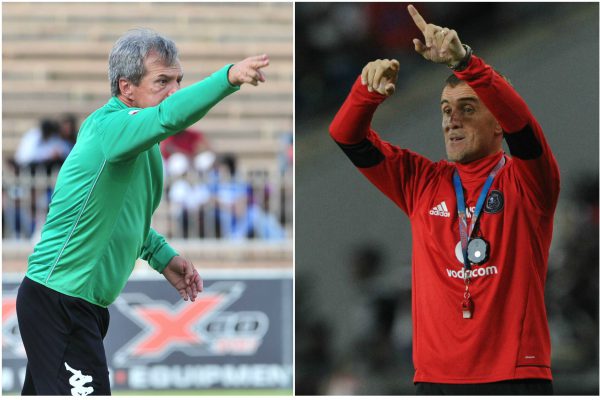 The two Serb coaches will meet for the first time in the Absa Premiership when Celtic welcome the Buccaneers to Dr Molemela Stadium on Sunday. And Jelusic admits that it won’t be an easy game for his side coming up against a very energetic Pirates side with a lot of creativity.

“Pirates are a very energetic, dynamic and creative. You can see the influence of Micho in their style of play, they play very attractive football with inter-changing of positions and very quick passes. Of course, it will not be easy despite the fact we are at home,” said the Celtic coach.

“But again, we will try to achieve as much as we can.”

Celtic have been thriving this season, with the club currently in fourth position in the Premiership with 16 points after 10 matches and are on course to lift the Telkom Knockout Cup should they beat Bidvest Wits in the final on December 2.

READ: Teko Modise: Abortion was not an option

Pirates, meanwhile, have suffered from inconsistency and find themselves on seven games without a win. Bucs, however, are on 15 points, just three points off behind top-of-the-table side Baroka FC and occupy eighth place after 11 matches.

The weekend’s game could see the return of midfield maestro Thamsanqa Sangweni to the Bucs starting line-up. The midfielder was injured in the season opener against his former side Chippa United.

Sredojevic revealed that Sangweni has been working very hard at training and is fighting hard to get back into the team.

“He is a very important player for us, we are looking forward to finding a way to integrate him back in the team. I can assure you that he is working very well and that he is seriously looking to come back in his position,” said Sredojevic.

“But we need to be patient and not just throw him in because as a person who finished his career with an injury I will tell you it is very dangerous to bring a player back from an injury too early.”