Kaizer Chiefs midfielder Lebogang Manyama believes his team-mate Dumisani Zuma is slowly coming out of his shell and is capable of more than he has been contributing to the team so far. 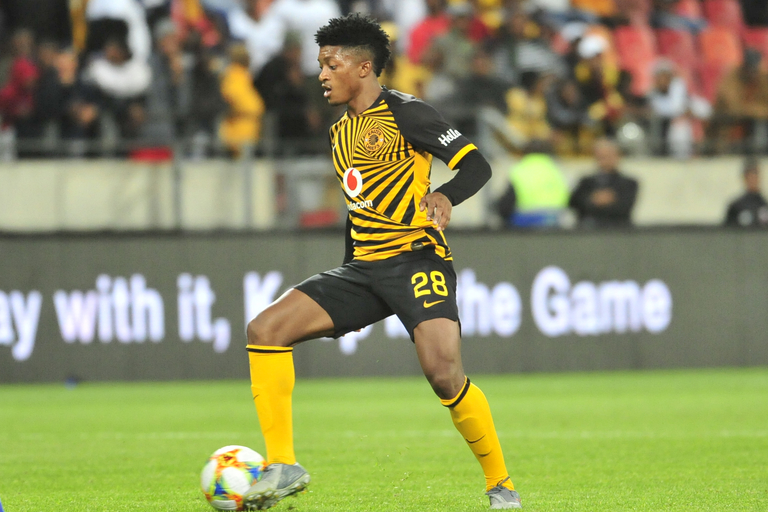 Zuma has been used sparingly in the Amakhosi team, usually coming on as a second half substitute. But on Wednesday he got a rare chance to start and played a starring role in Amakhosi’s 2-0 win over Chippa United, scoring both goals.

“He is one of the players who amazed me when I joined Chiefs,” admitted Manyama. “I had known him for quite a while but when I trained with him I got to see how good he really is. He eventually had to get out of his shell because he knows we keep supporting him. We kept believing in him,” added Manyama.

The 29-year-old said there were areas that Zuma needed to improve on and said he hopes he continues working hard.

“When it comes to Zuma there is so much talent and so much to improve on. We try to push him in the right direction. He has come on as a substitute in so many games and changed games for us. When the time came for him to start he did very well and I hope he continues the same way.”

Zuma’s next chance to impress could well come on Saturday when league leaders Chiefs go up against Orlando Pirates in an Absa Premiership Soweto derby at FNB Stadium.

Kambole brings something different to our attack, says Chiefs' Baxter
14 hours ago
14 hours ago

Kambole brings something different to our attack, says Chiefs' Baxter
14 hours ago
14 hours ago