Amakhosi were defensively dead on Sunday in a 2-1 defeat to Maritzburg United in the Telkom Knockout semifinals. 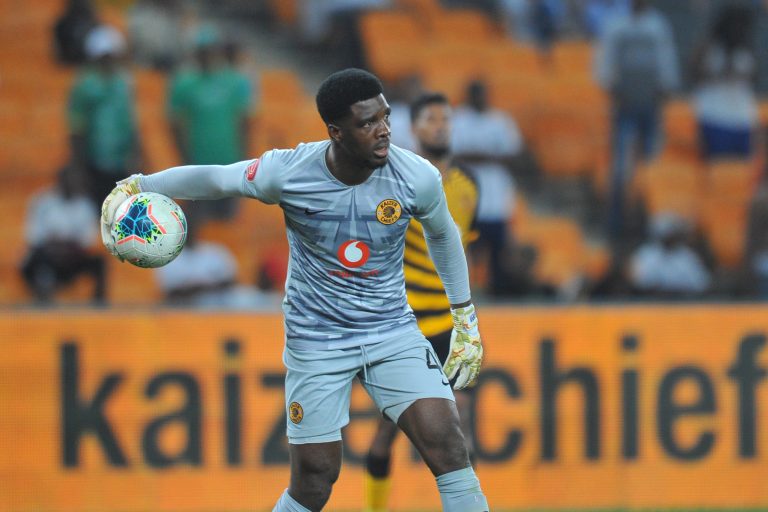 BOOST: Chiefs goalkeeper Daniel Akpeyi will return to the last line of defence as they look to bounce back from their Telkom Knockout exit when they take on Stellenbosch FC in the Absa Premiership tonight. Picture: Backpagepix

Kaizer Chiefs’ disjointed defence in the absence of Erick Mathoho will again be put to another tough test against a hard-running Stellenbosch FC side at Cape Town Stadium this evening. Kick-off is at 7.30pm.

READ: Middendorp got it wrong, and paid the hard price for it

Amakhosi were defensively dead on Sunday in a 2-1 defeat to Maritzburg United in the Telkom Knockout semifinals with Daniel Cardoso failing to play a leadership role as the senior and only regular in central defense where he was partnered with Yagan Sasman who usually plays at left back.

Maritzburg’s burly striker, Judas Moseamedi easily bypassed the defence and Steve Barker will be looking for the same kind of performance from his striking duo of Iqraam Rayners and Waseem Isaacs.

And if Amakhosi are still as woeful as they were last Sunday, they could be in for yet another upset. But to their credit, Ernst Middendorp’s side have acquitted themselves quite impressively in the Absa Premiership and with the cup distraction now out of the way, they could find their niche again.

Middendorp said after Sunday’s game that their focus immediately turned to preparing for the league game against Stellies but it will be interesting to see if he is able to rally his troops to forget the last game and move on forward.

“It is quite a quick (turnaround) and now our focus should be on the next game… we do not split games (into categories), we just go from game to game,” he responded to suggestions that his players may be selective of games they give their best efforts in.

Middendorp will probably be happy to have Willard Katsande back so he can plug the midfield and try and stop the likes of Jarrod Moroole from creating problems running into their defence. And with Daniel Akpeyi back after serving his one match suspension last weekend, it will be interesting to see if Middendorp starts with him ahead of Bruce Bvuma who had a sterling game on Sunday despite conceding two goals against Maritzburg.

In fact, had it not been for the young keeper’s bravery in goals, consensus is that Amakhosi would have suffered an embarrassingly big defeat.

Mathoho will still be out of action as he serves the last game of his suspension after he was red- carded against Orlando Pirates three weeks ago.