Cape Town City has turned their season around, having had a shaky start losing coach Benni McCarthy and falling into the relegation zone. 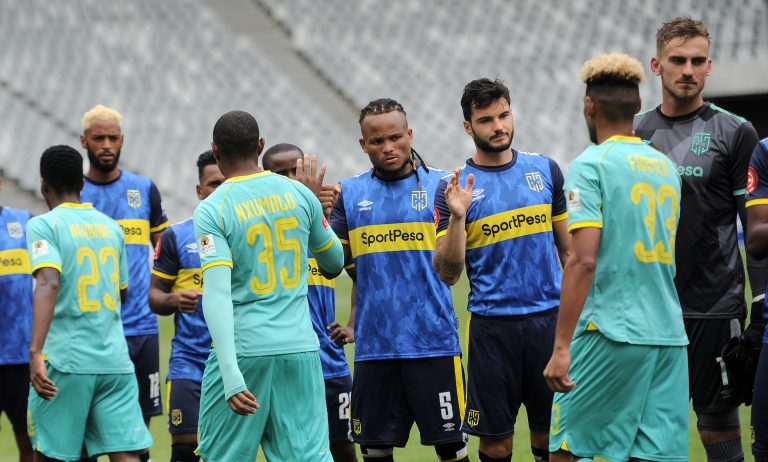 The Mother City club has moved to position ten on the Absa Premiership table under the mentorship of new coach Jan Olde Riekerink.

City forward Fagrie Lakay revealed how the team got back to winning ways, having started the season on the back foot.

“After we started losing games at the start of the season, we also sat down a lot and talked about what’s happening and how we could get back to winning,” Lakay told Phakaaathi.

“Even the boss (John Comitis) understands, he was open, he knew we had to do something and suggestions started coming for us to do a lot of team-building activities throughout the season, for the mood in the team on weekends if there are no games and also to spend time together.

“It’s normal to feel down when the results are not coming so these activities are good for the mood in the team.

“Just a weekend ago we went go-karting and two weekends ago we had a braai as a club, and this week because we are not in the Nedbank, will play a friendly on Saturday against another Cape Town team. After that we will have braai again to bond with the guys after the friendly.”

The most recent setback suffered by City was falling out of the Nedbank Cup at the hands of Glad Africa Championship side Mbombela United.

“We looked at the Nedbank Cup as a cup that could potentially give us something and be the highlight of the season for us, but we were knocked out of the competition. It was a setback for us but we had to move on.”