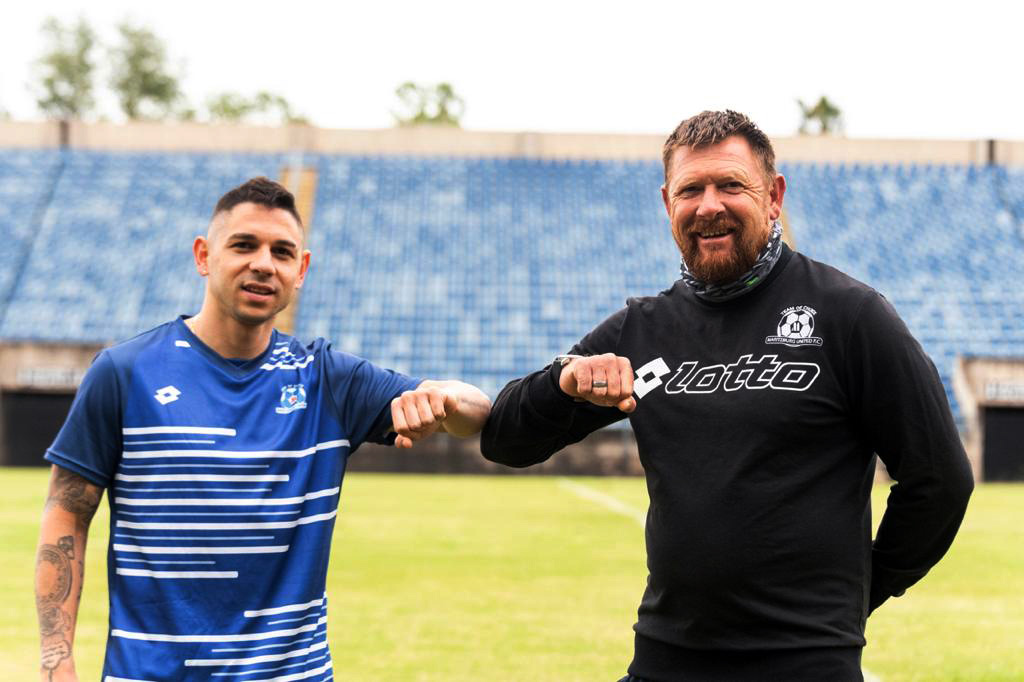 The Team of Choice unveiled the striker on Tuesday –   the Venezuelan striker has joined the Blue Hearts as a free agent.

Meza agreed to a two-year-deal with the coastal side, with the contract set to expire in 2022.

The 29-year-old left Sundowns last week after he was released by the defending league champions.

“Welcome, José Alí Meza Meza has signed a two-year deal with the Team of Choice. Here’s our new signing, José Alí Meza in the blue and white strip,” read the statement from the club.

Coach Eric Tinkler is excited about the upcoming season with his side looking to compete for all the silverware on offer.

“We are excited about the coming season. We start with an exciting fixture against Chiefs in the MTN8. I am confident,” said Tinkler at the club’s press conference on Tuesday.

Meza had limited opportunities at Sundowns under Pitso Mosimane, but didn’t exactly set the world on fire, netting just four goals in all competitions since joining the Tshwane giants in 2018.