Could a Brighton injury crisis mean opportunity knocks for Tau against Man City?

“He has only been with us a few days but I think you can see his quality," said Brighton head coach Graham Potter. 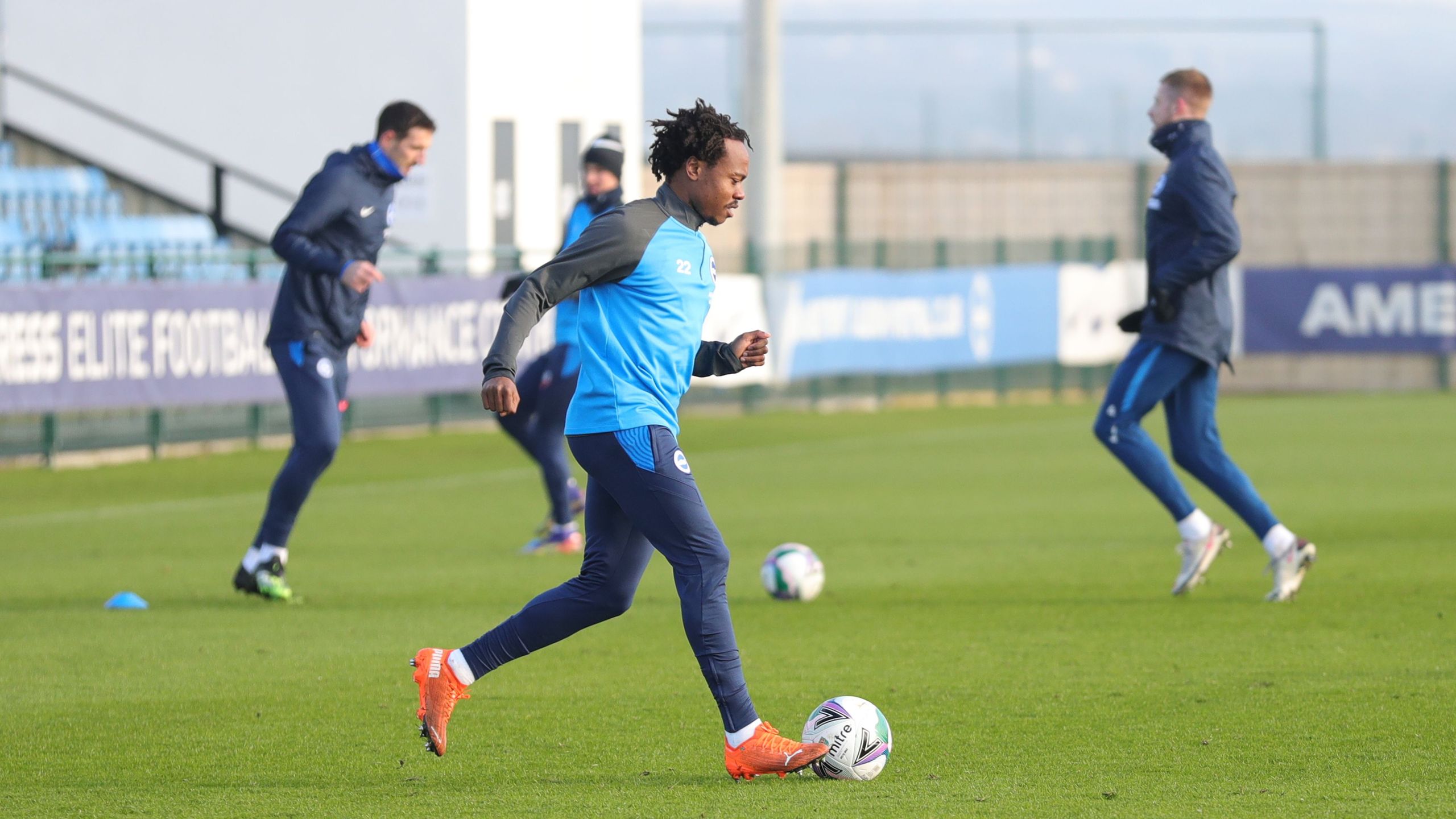 Brighton head coach Graham Potter has said he is thrilled with Percy Tau’s arrival at the English Premier League side, with the 26 year-old Bafana Bafana star in with a chance of making his EPL debut at Manchester City on Wednesday evening.

Tau was recalled by Brighton from his loan spell at Anderlecht, after they were finally able to secure him a work permit, and made his debut coming off the bench in the penalty shootout win over Newport County in the FA Cup third round at Rodney Parade on Sunday.

With Brighton in the midst of a bit of an injury crisis – Danny Welbeck, Adam Lallana and Tariq Lamptey are all out of the City game – Tau’s chances of featuring at some point against City can only have increased.

“We are excited, of course,” said Potter on Tau’s arrival at the club at a press conference ahead of the City game on Monday.

“He has only been with us a few days but I think you can see his quality. It was a difficult environment to make your debut, away at Newport at Rodney Parade, a unique environment. But he just got on with it, and you could see the ability that he brings. We are looking forward to him getting better and getting to know us better.

“It is a bit of a tough moment where we are (with injuries) so it is nice to have a fresh face, someone who can come in and add enthusiasm. I think the players have taken to him and can see what he brings and it will get better the longer we work with each other.”

Tau, meanwhile, told The Athletic in an interview that even though he did not know when he would be joining Brighton, his head coach at Anderlecht, former City defender Vincent Kompany, had always been preparing him for a move to the Premier League.

“I always had that conversation with him, even when I first arrived. He told me that he was going to prepare me for the Premier League,” said Tau.

“Even at training, we’d speak about it. He’d tell me, ‘This is Premier League standard, this is not; now you are getting better at this’. Most of my conversations with him were to help me become a better person and a better player for the Premier League.”