"We knew that if we could close down their wide players, Zwane and Sirino, we would have joy and that is what happened," said the SuperSport head coach. 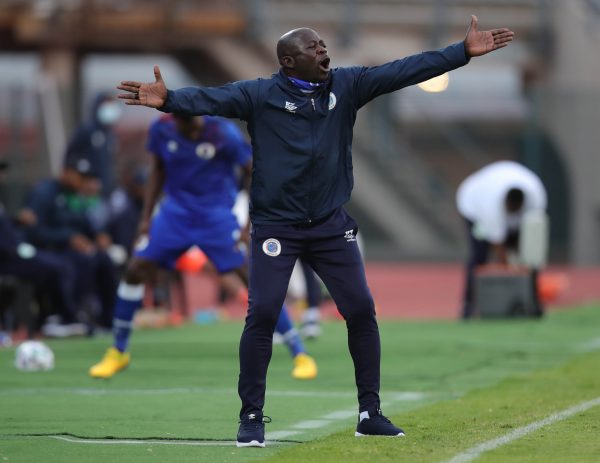 Kaitano Temb was happy with a point against Sundowns. Pic: Samuel Shivambu/BackpagePix

Part of Kaitano Tembo’s plan to breakdown Mamelodi Sundowns’ play and advances forward was nullifying Downs’ most creative and dangerous players, Themba Zwane and Gaston Sirino, who could not influence Saturday’s Tshwane derby in favour of Masandawana.

READ MORE: Mngqithi happy with a point for injury-hit Sundowns

SuperSport United and the defending champions played to a 0-0 draw in the DStv Premiership clash at the Lucas Moripe Stadium. Zwane and Sirino were effectively reduced to spectators in parts of the game as they could not really get it right when it came to their combination plays.

Tembo was pleased with how his defence managed to stick to the game plan as they continue to be among the pace setters in the league,  just two points behind Sundowns and Swallows FC.

“In their possession of the ball you could see that they wanted to play short passes with their wingers tucking inside, that is Zwane and Sirino, but credit to the fullbacks as well because Keenan Phillips was very good in one-versus-one situations and his recovery was great … that is why we made that decision to play him at right-back, because he was well-rested,” said Tembo.

“We knew that if we could close down their wide players, Zwane and Sirino, we would have joy and that is what happened. In the end we had to manage the game. It was our fourth game in 10 days and we did not expect to have legs in this game. I am quite happy with the point because if we look at our previous games against them, Sundowns have always dominated us, so I think this is a good starting point for us,” he added.

While the draw was satisfying for Tembo, he is concerned about Teboho Mokoena who was stretched off in the first half after picking up a knock. Mokoena has been deployed in a deeper role in the heart of midfield where he has been displaying fine performances so far this season.

“I am a little bit worried about the injury to Teboho because he has been an integral member of our team so we will see how serious the injury is and then we will take it from there. Losing Tebza limited our offensive play because Tebza is a very offensive player although we are playing him in a defensive role-  he is one player who takes the team forward and he and Sipho Mbule complement each other very well. Credit should go to Siyabonga Nhlapho, he came in and he stabilized our midfield with his work ethic and he shielded our back-four,” said the United mentor.