Cardoso happy with his new ‘cover’ role at Kaizer Chiefs

“It’s been a good run for me out in the midfield,” said Cardoso. “It’s not very different from a centre-back, I am now protecting our centre-backs and I enjoy it." 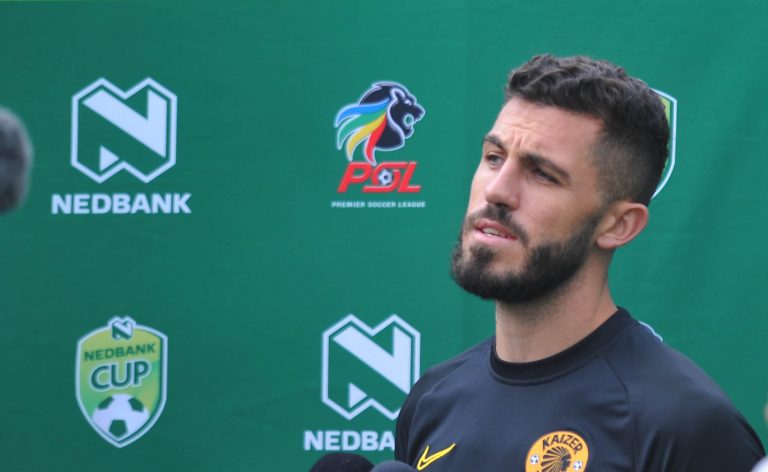 Daniel Cardoso has not only been denied the right to be the man to take penalties at Kaizer Chiefs but Gavin Hunt has also converted him from his traditional position as a centre-back to a more advanced role in midfield, and he’s ‘enjoying’ it.

Cardoso has fitted swimmingly to his new role – for which he was swapped with Anthony Akumu who now plays centre-back – and he said it is more enjoyable.

“It’s been a good run for me out in the midfield,” said Cardoso. “It’s not very different from a centre-back, I am now protecting our centre-backs and I enjoy it.

“I see a lot more of the ball, I break down break down a lot more play. I want to get better, and help the team out by winning more games.

“But it’s not always about an individual performance, we are a team and I think once we play better as a team, defending as a team, attacking as a team, things will get better for us,” added the 32-year-old.

Cardoso said he always knew Amakhosi needed just one good win to break their sluggish run. And in the past few games, they’ve changed a lot and even won three games consecutively before the defeat to Orlando Pirates last weekend.

“It wasn’t a good start to the season for us, and it’s only now that we are starting to get our rhythm back and winning games here and there.

“But we’ve shown a fighting spirit in the last five or six games… And it’s something we need to go on. We just need a positive result and things will look up.”

Amakhosi return to action on Sunday afternoon in a Nedbank Cup fixture against first division side, Richards Bay FC at FNB Stadium. Lower division teams are known to be the Soweto giant’s Achilles tendon.

And Hunt is aware of this. He said they will need to guard the game and ensure the tempo is right for them at all times as GladAfrica Championship sides play with a lot of speed which his team could struggle to keep up with.

“A lot of teams in the first division, the way they play, there is a lot of movement, a lot of interchanging of positions, a lot of running off the ball, you know those type of things.

“A lot of third man movement. So, if your structure is not right and you don’t make your chances count… I think you know it’s Chiefs it’s understandable they will raise their game.

“We have control of the tempo of the game because that’s important when you play these teams,” said Hunt.