“The energy has been there, but once again we let ourselves down we could have kept a clean sheet, we conceded a soft goal," said the Leopards coach. 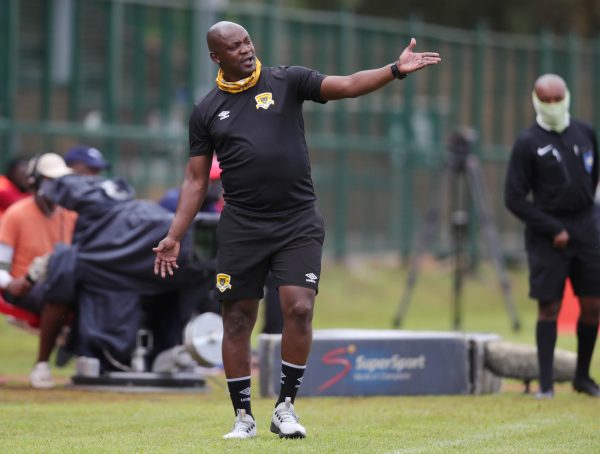 Black Leopards coach Lehlohonolo Seema wasn’t happy with the way his side conceded a goal in their 2-1 victory over Golden Arrows, but says they will take the points following a difficult match at the Sugar Ray Xulu Stadium on Tuesday.

Lidoda Duvha, who are on a quest to get out of the relegation zone, came into this match low on confidence after losing the Limpopo derby against Baroka FC last Sunday.

And the former Orlando Pirates captain says his players did things differently against Arrows, than what they did against Bakgaga.

“The energy has been there, but once again we let ourselves down we could have kept a clean sheet, we conceded a soft goal. I know it’s Abafana Be’sthende, but conceding a goal with a back-heel shows that we still have a lot of work to do. But we will take the three points, it goes a long way. The players have been working hard and they could feel it after the match. But we came up against a good team here, a lot of teams came here and they couldn’t take anything from them,” said Seema, who is still in charge of the club until new coach Kosta Papic gets his work permit.

“I’m happy for the players, we had a debutant Tsepo Matsimbi and you couldn’t tell that it was his first game today (Tuesday). It shows that the signs were there, it is just that today we did what we did not do against Baroka. We played and scored goals, Sunday we played but couldn’t score goals. The guys can have a little bit of a breather now, they are human beings also, family people. It was tough.”

Getting maximum points will certainly go a long way for Lidoda Duvha, with the club jumping to 15th place on the log with 12 points.

They are still far from safety, but should they get positive results in their next game it will keep their hopes of surviving the chop high.

Lidoda Duvha’s following league match is against Maritzburg United on 2 March at the Harry Gwala Stadium.

But before traveling to KwaZulu-Natal again, they host another KZN side AmaZulu FC in the last 16 round of the Nedbank Cup on Saturday.