Have Sundowns assembled a good enough squad to win the Champions League again?

“Every season Sundowns wants to go to the final and win," said head coach Manqoba Mngqithi 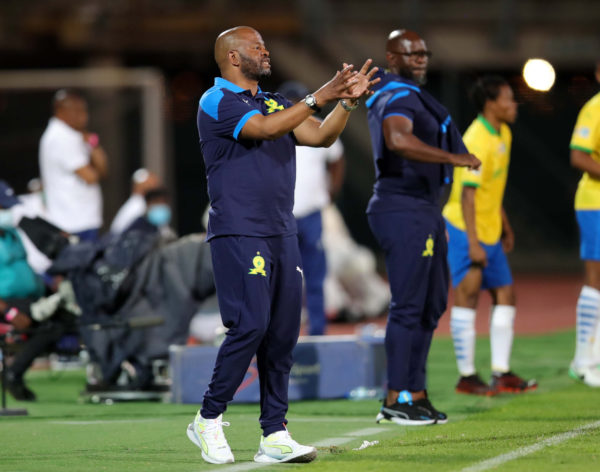 Mamelodi Sundowns have sometimes been slow starters in the domestic league but this season fortune has been on their side and they sit comfortably at the summit of the DStv Premiership standings at the midway stage.

While the league is what Masandawana pride themselves on as they have claimed the last three titles and lead the pack with 10 titles since the inception of the Premier Soccer League era, Downs have always shown a huge appetite for the Caf Champions League – the holy grail of African club football.

Downs, of course, won it in 2016 and have since reached the semifinal in the 2018/19 season, the quarterfinals twice, while they would rather forget the 2017/18 season where they bombed out in the group stages.

This season Bafana Ba Style have established themselves as the favourites in Group B where they have won both their opening two games.

“Every season Sundowns wants to go to the final and win it and we try and always give it our best shot but the truth of the matter is that one can’t help but appreciate that throughout all the adversities that we faced this year, we have played about 33 players by now, which has never really happened in the past,” said Sundowns co-head coach Manqoba Mngqithi.

The Downs mentor believes that this season they have put together a team where everybody can be trusted with the same amount of responsibility as there has been a high level of rotation.

“To many people it might not look nice because we are changing the team regularly and they think we are changing it intentionally. I think these negative circumstances have helped us to be more confident with our depth, because we get to use many players.

“Inasmuch as we (always) had a big squad, you would not be confident in using everybody all the time. You’d have the same team and maybe rotate in and around 18 players but you have got a big squad. As a technical team we are a little bit excited that we have played almost every player of the squad and they have managed to contribute to whatever success that we have at this stage,” Mngqithi explained.

Club captain Hlompho Kekana, for one, has gone from starting about 30 to 35 games in the past couple of seasons to making just nine appearances in all competition this season.

“Hlompho has not been playing for a number of different reasons and one would want him to be there but we have managed to get some results. Nobody was complaining about why Hlompho was not playing because they are now used to the culture. Andile Jali would play one match and not play the next, same with Rivaldo Coetzee and it is helping us,” Mngqithi said.

He added: “After 16 games in the league we already have about 33 players who have managed to get an opportunity to play and that has helped us to develop our depth a little bit and we are getting used to the fact that there are games where Rivaldo will not be there, there are games where Hlompho Kekana will not be there. Ricardo Nascimento has not been there (for a while), Brian Onyango is not there at the moment but we are sailing on.”