“They started the negotiations early because they have learnt their lessons," said a source. 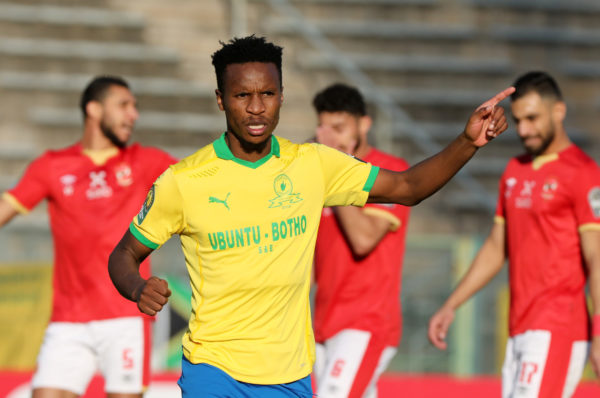 Sundowns have started negotiations with star midfielder, Themba Zwane to extend his stay at the club. (BackpagePix)

Mamelodi Sundowns have started negotiations with star midfielder, Themba Zwane to extend his stay at the Chloorkop based side. Zwane’s current deal ends in June next year.

A Phakaaathi source says a deal is imminent and could be sealed as soon as next week. The source added that Sundowns are pulling all the stops to ensure they keep their talisman.

“They started the negotiations early because they have learnt their lessons. They lost Khama (Billiat) to Kaizer Chiefs because they left it too late. Players like feeling special and wanted, and talking an extension early makes them feel that you want them.

“If you leave it too late, you make room for other clubs to entice them. And by the time you speak to them, they make ridiculous demands because they know they have suitors elsewhere,” said the source.

Billiat surprised almost everyone when he declined Sundowns offer and opted to join Chiefs instead. He had been pivotal in then coach Pitso Mosimane’s team heading what was then called the CBD with Leonardo Castro and Keegan Dolly.

“They could have gone far with that combination had it not been dismantled like that. That’s why every player who the team wants to keep will have his deal extended early now,” said the source.

Meanwhile, as previously reported Phakamani Mahlambi’s future at Sundowns hangs in the balance as he is expected to return from AmaZulu where he spent the whole season on loan.

His off the field antics have cost him a place in Benni McCarthy’s team as he has never featured under McCarthy’s
high-flying Usuthu team.

Mahlambi’s deal with Sundowns expires in 2023 but he could be well out of work if he does not get his act together
in pre-season.

Mokwena to Broos: Why is Lakay not playing for Bafana?
2 days ago
2 days ago

Mokwena to Broos: Why is Lakay not playing for Bafana?
2 days ago
2 days ago