Pirates striker expects to be ready for Kaizer Chiefs showdown

'He got enough time for recovery ... and has been doing very well,” a source told the Mgosi Squad. 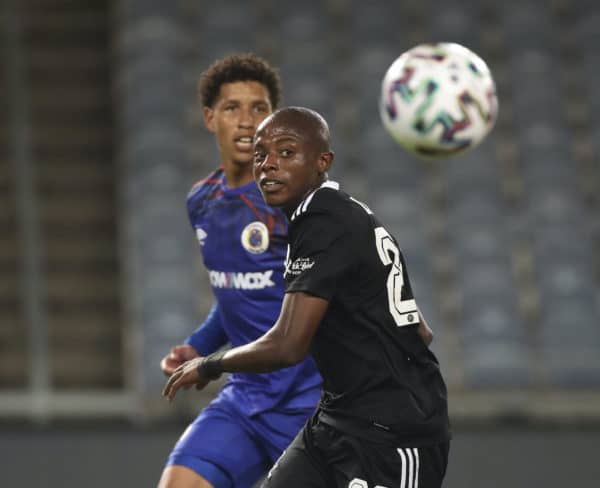 Zakhele Lepasa is hopeful of being fit in time for the Carling Black Label Cup. Picture: Gavin Barker/BackpagePix.

Orlando Pirates fans will be delighted to know that striker Zakhele Lepasa will be fit in no time as he is closing in on a full recovery after sustaining an ankle injury last season.

An insider at the Buccaneers has revealed that they were surprised to see Lepasa being one of the leaders in the Carling Black Label Cup voting for the line-ups, which is set to be played on 1 August against Kaizer Chiefs at the Orlando Stadium.

The striker has been injured since last December and wore a moon boot for some time to help with the recovery.

As of Monday, Lepasa has over 59 000 votes to start the tie against Amakhosi, making him the third most voted for player in the Bucs squad behind fellow striker Gabadinho Mhango, who is leading the votes, with over 68 000 supporters rallying behind the Malawian and goalkeeper Richard Ofori, who is the second most voted for player at the Buccaneers.

“The moon boot has been off for some time now and what I can tell you is that he will be back to his best once the pre-season starts. You know, the problem with his ankle injury is that it reoccurs and that’s what happened with him earlier on. He got enough time for recovery … and has been doing very well,” said the source.

“Almost everyone at the club is surprised to see him being one of the players to have the most votes in the Carling Cup because he had a tricky season, with injuries making him miss a lot of games. It was really unexpected, but I guess the fans have faith in him and a lot of them have been asking about his return.”

The 24-year old Lepasa was even on coach David Notoane’s radar at some point for the South African Under-23 Olympics team which is set to compete at the Tokyo Olympics Games next month.

He only managed to play 11 games for the Buccaneers in all competitions last season, scoring two goals.