"He is a very reserved man and he is a leader who leads by example instead of giving out instructions,” said Mashamaite 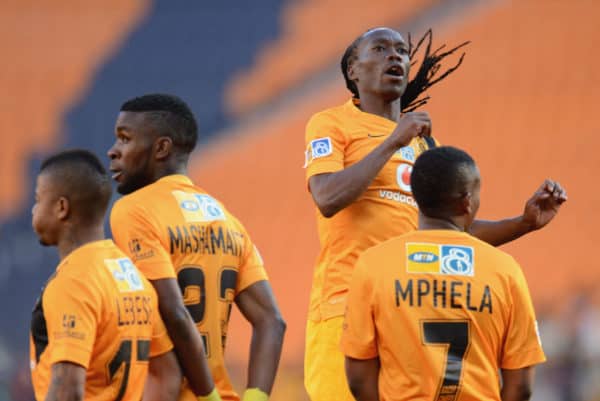 In case you missed it, Reneilwe “Yeye” Letsholonyane called it quits and hung up his boots at the back of a long spanning career in the top flight where he played for Kaizer Chiefs, SuperSport United, Jomo Cosmos, the defunct Highlands Park and TS Galaxy.

“Yeye”, who turned 39 last month, spent most of his career at Amakhosi where he lifted the league twice under Stuart Baxter, who he regards as one of the best coaches he has worked with as the duo also lifted a couple of domestic titles together.

His long-time teammate, Tefu Mashamiate has paid tribute to Letsholonyane as the duo spent about five years at Naturena before reuniting at SuperSport United where they both played in the 2017 Caf Confederation Cup final against TP Mazembe.

Mashamaite revealed that he and “Yeye” were never really friends, the level of professionalism has been the glue between them and they are still in touch.

“We were a bit close but I can’t say we were friends. I played with him at SuperSport and at Chiefs and we chat now and then, we are still in touch,” the former Chiefs captain told Phakaaathi.

“The relationship was really good, he is someone who was professional and dedicated and he respected his craft. I am not surprised that he has played for all these years, he is one of the few who can boast to have played in the Fifa World cup. He is a very reserved man and he is a leader who leads by example instead of giving out instructions,” he added.

Letsholonyane, who over the years has been dubbed “Modimo wabolo” and “Babes wepass”, is in the limited list of players who have tipped over the age of 35 but still played as though they were in their prime. Even though he did not play much in the latter stages of his career, “Yeye” is evidence that dedication and discipline are the key to longevity, Mashamaite believes.

“For him it was a matter of priorities, he knew what he wanted and we could see that in his dedication. He does not drink and he does not smoke and the kind of lifestyle you live helps you in prolonging your career,” Mashamaite said.

“I remember when we were still at Chiefs and even SuperSport, we used to challenge each other without really saying much, If you are in a big team like Chiefs you need to up your game and he was always one of those players who always pushed himself and the rest of us and it was always good because the rest of the players had to push to come up to his level,” he added.