Orlando Pirates winger Sifiso Myeni is looking forward onto adding a third Nedbank Cup title to his name when the Buccaneers lock horns with SuperSport United in the Ke Yona final at the Peter Mokaba Stadium on Saturday. 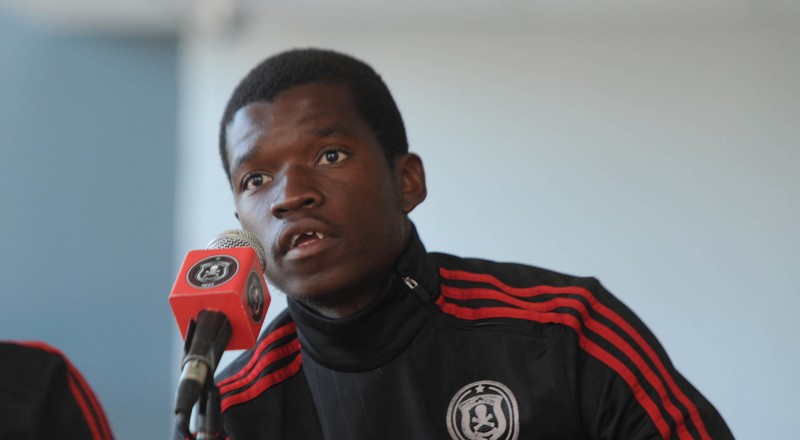 Myeni first won the competition while he was still starring for Bidvest Wits in 2010, when the Clever Boys beat AmaZulu 3-0 at the newly-revamped FNB Stadium.

The 26-year-old then added a second Nedbank Cup title with Pirates in 2014, with a brace from former Pirates striker Kermit Erasmus and the third goal from Myeni sealing a 3-1 victory for the Soweto giants against the winger’s former team.

“We were privileged enough with Wits to be the first ones to play at the new stadium and we won the trophy. And then I played against my former team and I scored. I am hoping to score again when we play on Saturday. I think this Cup has been good to me, because I always score crucial goals. I remember the last time when we won the Nedbank Cup I didn’t score for the whole tournament, but I managed to score in the final,” Myeni recalled.

“It would mean a lot to me to win the trophy for the third time. It will be a great achievement for me and I will forever cherish in my life. I want to make it a point that I play to my best abilities on Saturday to ensure that we win the match.

“It is also very important for the team to clinch some silverware, because we did not have a good season and I am sure it will make the fans very proud of us,” he added.

The Buccaneers and Matsatsantsa a Pitori meet for the second time in just a week. The teams were involved in a crucial top-eight finish in the league at the Orlando Stadium last Saturday, which saw the sides share the spoils following a 2-2 draw and Myeni among the goal-scorers for Pirates.

Myeni believes his sublime left-foot strike last weekend was a morale booster ahead of the final. However, they are expecting a tough challenge from the Pretoria outfit.

“I think the goal I scored against SuperSport last week was a great boost for me ahead of this game. But, we are playing against a very good team and they are certainly looking to win the trophy also, so it will be very tough.”